TEXAS RAMPAGE: Authorities Release the Identity of the 17-Year-Old Gunman

The suspected gunman behind Friday morning’s massacre inside the Santa Fe High School in southeast Texas has been identified by local authorities as 17-year-old student Dimitrios Pagourtzis, reports Fox News.

The suspect was taken into police custody after he unleashed a stream of bullets at the local high school, with authorities detaining a second student related to the mass shooting that left at least 10 people dead.

The victims include nine students and one teacher. 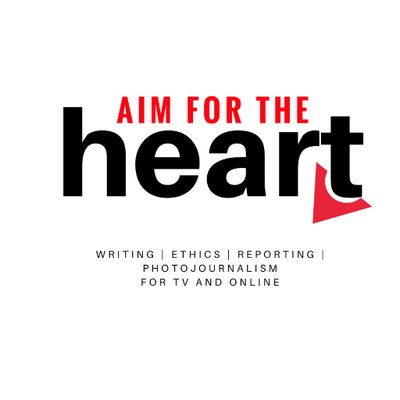 The chilling audio of police dispatch in the moments that the #SantaFe High shooting was unfolding: from KTRK/Broadcastify https://t.co/nUmEIPWfIk

Police also confirmed Friday afternoon that “multiple” explosive devices were discovered both on and off campus, including “pipe bombs” and “pressure cooker” bombs.

"We all thought it was practice drill and we all started kind of running and laughing across the street, hiding behind the auto place. At that point, they had us starting to write our names on papers showing that we were there,” said one student.

Is it really necessary to hyperbolize a school shooting like this? TEXAS RAMPAGE? I donno-just seems out of place and perhaps uncalled for.

“54 percent of mass shootings involve domestic or family violence — with the perpetrator shooting a current or former partner or a relative.”

Another bat ■■■■ crazy loser gets his ten minutes of fame. And then the media wonder what might motivate some people to go on a shooting rampage, while they just finished making the last crazy loser infamous.

@Emma4Change
Santa Fe High, you didn’t deserve this. You deserve peace all your lives, not just after a tombstone saying that is put over you. You deserve more than Thoughts and Prayers, and after supporting us by walking out we will be there to support you by raising up your voices.

Because i
t sells.

Gonna say this and I want it to be understood. Everyone deserves peace all their lives. Agreed???

Do we always get it. NO…that is what I think everyone gets so critical about with regard to these kids. Emma, I hate to say this. LIFE IS NOT LIVED THROUGH ROSE COLORED GLASSES. You all have to learn to live life to the fullest, and understand that there have been hundreds of kids dying in the world, not just in schools. IN Chicago for instance. Gun violence against kids is outrageous. Do you stop and worry about them? Do your walk out of school at the loss of innocent kids killed in Chicago on playgrounds, in their parents yards, or in their beds at night. Take a stand…but take a stand against all kids getting killed, not just in schools.

Is it really necessary to hyperbolize a school shooting like this? TEXAS RAMPAGE? I donno-just seems out of place and perhaps uncalled for.

By definition it really wouldn’t count as a rampage. But hey, hyperbole drives media traffic, media traffic drives and revenues.

Disasters, death, carnage, the odd school shooting, they are good for business.

How manuu deaths does it take to count as a rampage.

IMO the mass-targeted nature makes thus either a rampage or an attempted rampage. I’ll accept either.

You’re right. The media should only say “10 highschool students in Texas mysteriously died. It’s a mystery that’ll never be solved, so let’s move on…”

We cant do anything to stop or slow down these school shootings?

It is depressing that @CaughtInTheMiddle is right.

We as a country will do nothing and there will be another shooting in a month.

I was thinking the same thing…the “leader” should be embarrassed

I agree with Grimalken. How many shootings have been caused or stemmed from, because a kid that was getting picked on in school saw a massacre on t.v. of another student doing something like that and get the idea, to take it out on his fellow classmates! Anarchy, Anarchy! Anarchy! Anarchy! Is what the Democrats enjoy.

not just in schools

and not just by firearms.

We cant do anything to stop or slow down these school shootings?

It is depressing that @CaughtInTheMiddle is right.

We as a country will do nothing and there will be another shooting in a month.

if we all went into the 2nd Amendment forum and started a thread for each gun related incident (there are websites that track them) for the past 24 hours the mods here would probably tell us to stop. it’s overwhelming.

I won’t have what he’s having. How many ghosts have you seen in your lifetime?
You and sneaky guy should get together. I’m not sure who would be in the middle then though? lol.

Maybe we should start monitoring every students social media accounts.

I didn’t say they don’t do it. Stop putting words in peoples’ mouths.

NONE should do it-I’ve NEVER liked sensationalist, hyperbolic, tabloid-style headlines.