run to the polls and vote for Pelosi again!

Nancy didn’t get a dui. Did you not vote for Bush Jr. because his wife killed a guy?

So…at the last second…the presiding judge has stepped down and a new Democrat judge has replaced him. Hmmmmmmmmmmm…is this unusual? Is Paul special? What’s up? Here’s the version from an Australian news source; Sky News. Cannot find any confirmation of this. Besides, it’s an arraignment. It might be premature to spin up the crazy.

Oh, I see. I mistook the poster to mean that happened today

No, today he had his lawyer go to court for him to enter a plea.

I guess donating to the policeman’s fund only gets you so far in this world.

That is still not soecial treatment.

Twenty-year veteran Judge Monique Langhorne was a last-minute addition to the case, swapped in after being booted from a different trial at the request of the public defender.

So what was the reason for swapping her in at the last minute? I haven’t heard anything other than speculation that because the DA donated to her campaign she may not be impartial.

run to the polls and vote for Pelosi again!

Nancy didn’t get a dui. Did you not vote for Bush Jr. because his wife killed a guy?

i know she didnt.

maybe youre missing the point. maybe you dont care

So he did get out with his bribe card.

When asked for his driver’s license, Pelosi gave officers a card for the “11-99 Foundation,” which is a charity “that supports officers and provides scholarships for their children,” according to the outlet, a gesture that some may interpret as an attempted bribe.

Pelosi also demonstrated “signs of impairment” during sobriety tests and police “observed objective signs and symptoms of alcohol intoxication,” according to the documents which also state that he had “red/watery” eyes at the time of the arrest.

“He was unsteady on his feet, his speech was slurred, and he had a strong odor of an alcohol beverage emanating from his breath,” the documents allege.

According to Fox News, “Pelosi allegedly injured the other driver ‘while under the influence of an alcoholic beverage and a drug and under their combined influence,’ the first count in the two-charge complaint reads.”

There were also major injuries suffered by the driver of the 2014 Jeep that collided with Pelosi’s 2021 Porsche who told prosecutors that “he had begun suffering pain in his upper right arm, right shoulder and neck the day after the crash,” Fox News reported. “He also complained of headaches and said it was difficult to lift things with his right arm, according to the documents.” 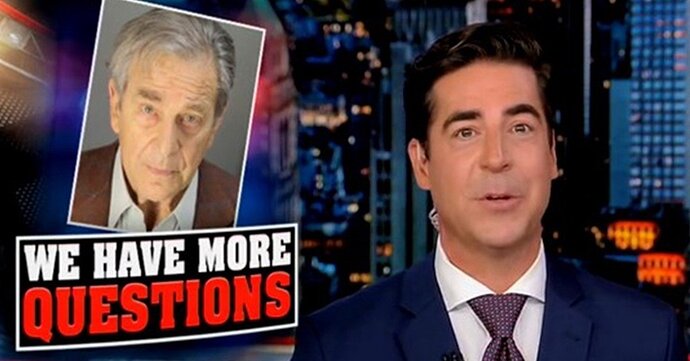 Paul Pelosi may have been under the influence of more than alcohol when he was arrested for DUI, will likely benefit from change in judges.

Must have paid off the Jeep driver pretty well also.