Stocks and oil in free fall

This is basically going on all over the world. Is the government of every country a catastrophe? Which ones aren’t, and why? 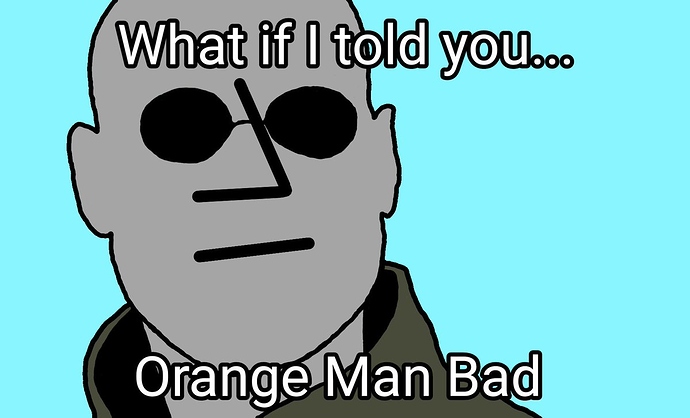 Not even a half day old.

Watching grandpa try to be edgy and cool is hilarious

Internet points are SO cool

Yup. Cheerleading and hoping for a while now:

Flash PMI index falls under 50 signaling a contraction for the first time since 2013 corona virus was partially to blame but also to blame was companies worry about a wider slowdown… “With the exception of the government-shutdown of 2013, US business activity contracted for the first time since the global financial crisis in February. Weakness was primarily seen in the service sector, where the first drop in activity for four years was reported, but manufacturing production also ground a…

both down big after earnings. AMZN down 8% GOOG 4% earnings were better than expected but revenue missed and AMZN’s forecast for q4 was low

dow down over 400 s&p down a lot more. seems like trumps tarrifs are starting to hurt companies a lot as more and more of them talk about their effect

The trump recession may be here Politics

the institute for supply managments survey which shows the health of the manufacturing sector fell to 49.1 in august. Any reading below 50 is contraction. the reading for export orders fell to its lowest since april of 2009. so much for trumps claim we have the best economy on record. stocks have plunged as a result with the dow down 400

Manufacturing index falls to lowest in a decade Politics

the ISM Purchasing Managers’ Index fell to 47.8 in september the lowest since june 2009. a reading under 50 indicates contraction in the manufacturing sector. this is the second straight month under 50. economists blame trunps trade war for the slump are we winning yet? https://www.cnbc.com/2019/10/01/us-manufacturing-economy-contracts-to-worst-level-in-a-decade.html

Not one of those has anything that is “cheering” or “hoping”.

Warnings are not “cheerleading and hoping”. They are warnings.

Zookeeper: “Don’t go in the lion cage, the lion will attack you.”

Visitor: “You want me to get attacked?!”

”There’s a recession coming.”
“You just have TDS!”

”There a recession coming.”
“You hate Trump!”

The recession comes.
“Look at what you libs did!”

we’ve just crossed over from obama’s economy to trump’s economy.

Looks like Trumpers are running out of hope. They have resorted to memes

I gave up on hope for libs long ago.

No, he’s ready to be President now. Of course it would probably kill him.

I think it cracks the top 10 percentage wise as well, but I could be wrong.

Worst since the Great Recession. Still not super great.

Looks like Trumpers are running out of hope. They have resorted to memes

Well it switched rather quickly today to “okay it’s happening but this is your fault somehow.”

See, this is where normally I’d be saying that tomorrow will see a big jump up, which in the past has been pretty reliable. But with how insane the market is now, there could be another 1000 point selloff. I have no idea.

Not one of those has anything that is “cheering” or “hoping”.

It is when his outlook changed based on the election.

Someone else in thread a week or two ago had better links showing threads the OP started showing about every 2-3 months he would post a “is a recession on the horizon?!?!” topic.