Sometimes it's fun to flip the narrative . . .

Look at the top of the thread.

Notice this is NOT in politics. I’m not a politician, I’m not talking about any politician (sort of).

The narrative is Trump is a russian stooge and colluded with them to win the election. Except that no one can prove it – and really it’s not true.

So I used my 3D printer to print up this little russian nesting doll: 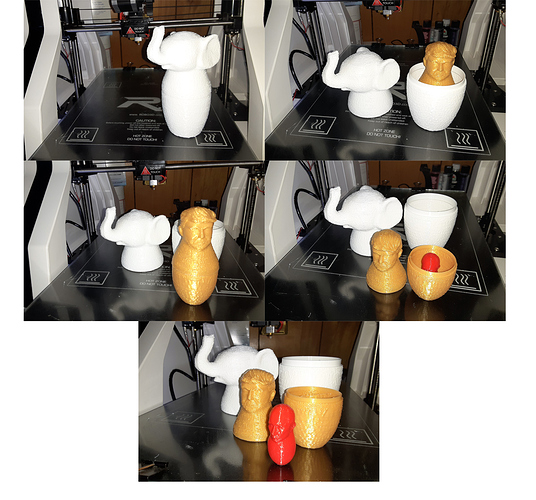 GOP elephant with Trump inside with Putin inside.

Now about flipping the narrative:

Putin is Red for Russian Red.
Trump is Gold – because well he likes things that are Gold – Read up on some of his properties.
The Elephant is white. Why white for the Elephant?

The term white elephant refers to an extravagant, impractical gift that cannot be easily disposed of. The phrase is said to come from the historic practice of the King of Siam (now Thailand) giving rare albino elephants to courtiers who had displeased him, so that they might be ruined by the animals’ upkeep costs. While the first use of this term remains a matter of contention among historians,[4] one theory suggests that Ezra Cornell brought the term into the popular lexicon through his frequent social gatherings as early as 1828. 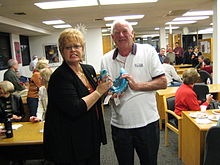 A white elephant gift exchange, Yankee swap or Dirty Santa[nb 1] is a party game where amusing and impractical gifts are exchanged during festivities. The goal of a white elephant gift exchange is to entertain party-goers rather than to gain a genuinely valuable or highly sought-after item. The term white elephant refers to an extravagant, impractical gift that cannot be easily disposed of. The phrase is said to come from the historic practice of the King of Siam (now Thailand) giving rare albin...

Jealous of your 3D printer.

Expensive hobby if you let it get away from you.

When I started I said – I’ve got white and I’ve got blue fillament. What more could I need.

Now I’ve got a rack with 18 different rolls. Different collors and different hybrids (exampe, one that is plastic with metal dust in it).