So who's watching Meet the Press today?

Omarosa just said on Meet the Press that she recorded John Kelly in the Situation Room. (They are playing the tape.)
WTH was she doing in the SItuation Room?

IN other news, Kellyanne is on ABC This Morning, discrediting her.

Trump thought the White House needed some “low lifes” helping make decisions on national security. It is amazing how all these people he knew for years, hired, and appointed suddenly become “low lifes”.

She really is the worst.

And always has been, a truly self-serving and despicable human being.

What do the tapes say

That would be my first question…■■■ is she doing in the Sit Room?

only the best people.

Is Omarosa self serving and willing to say or do pretty much anything to keep her name in the public sphere? Yes. Kind of reminds you of some other people in this administration as well, eh?

She finished in like 8th place on the Apprentice, the top 7 had already declined.

But hey, at least she had great references from a previous stint in government!

So…will Omarosa being getting a visit from the FBI soon? Taping a conversation in a SCIF probably violates federal law.

Yeah, I would think so.

what does teh tape say?

I’m still waiting on the show to release on their podcast feed. 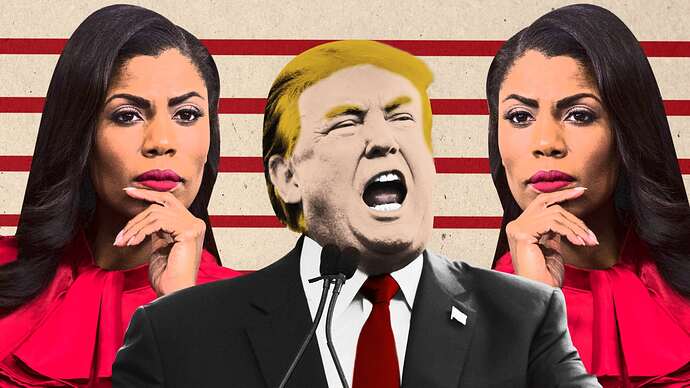 Donald Trump’s ousted aide and former ‘Apprentice’ villain was tasked with running his Black History events. She ran them into the ground.

Funny article about what a lousy job she did.

Why is anyone shocked she was in the situation room?

Trump’s WH and the rest of his administration is amateur hour.

On the one hand libs ridicule her. On the other hand, the bastion of truth and information for Libs, “Meet the Press” gave her a stage.

haha- Kelly was firing her, and she asked if the president was aware. What a tool.

Yeah, you go with that. Lol!

Yup. They’re putting the whole clown show on display for everyone to see. It’s pretty hilarious.

Elect the clown, expect the circus.