Oh man, this is gonna be a year to remember for Giants fans. We are gonna be sorry to see him go.

Bruce Bochy will retire after 2019 season

I didn’t see this til now, I thought I was going to go my life with my favorite sports team, Giants not winning the World Series and they won it 3 times in 5 years. I had so much heartache in 2002 with Dusty Baker horrible managing leaving the Giants without the World Series. I disagreed over the years with a lot of Bochy’s moves, and he tended to go with the veterans too much over youngsters, but he got 3 World Series, that none of the prior managers ever got.

So I thank Bochy for his managing my favorite sports team winning 3 World Series. The Giants had Mays, McCovey, Marichal, Perry, later Will Clark, and Barry Bonds, never getting it. Bochy managed 3 world championships with teams beating probably more talented teams. Now, the team is on the downside, and he can’t manage the team with bad trades, and bad drafting, not his fault. The team is now in the dumper. I can at least cherish those 3 World Series and at at least the Dodgers have not won the World Series the past 30 years, and have choked in the playoffs while most of my life the Giants never made it, but Bochy got 3 World Series Championships, and he should make it to the Hall of Fame. So thanks Bruce Bochy

Yeah didn’t he announce this month’s ago?

Yea, it was months ago, but I decided to check the sports page, noticed it, so I decided to comment on it. BTW, it looks like the Giants are coming to Baltimore a week and a half or so. May go to one of those games. Two orange and black teams, both pretty bad at this point.

Camden Yards is great. The Orioles are not.

Hope you have a good time if you go. Have a Boog’s BBQ sandwich. I’d recommend the crab cakes but I don’t eat them, so I don’t know how they are.

One of these days I’m gonna make it to all of the parks. 18 so far, but not Oracle Park. I hear it’s beautiful. I have a cousin out that way who goes to several games. 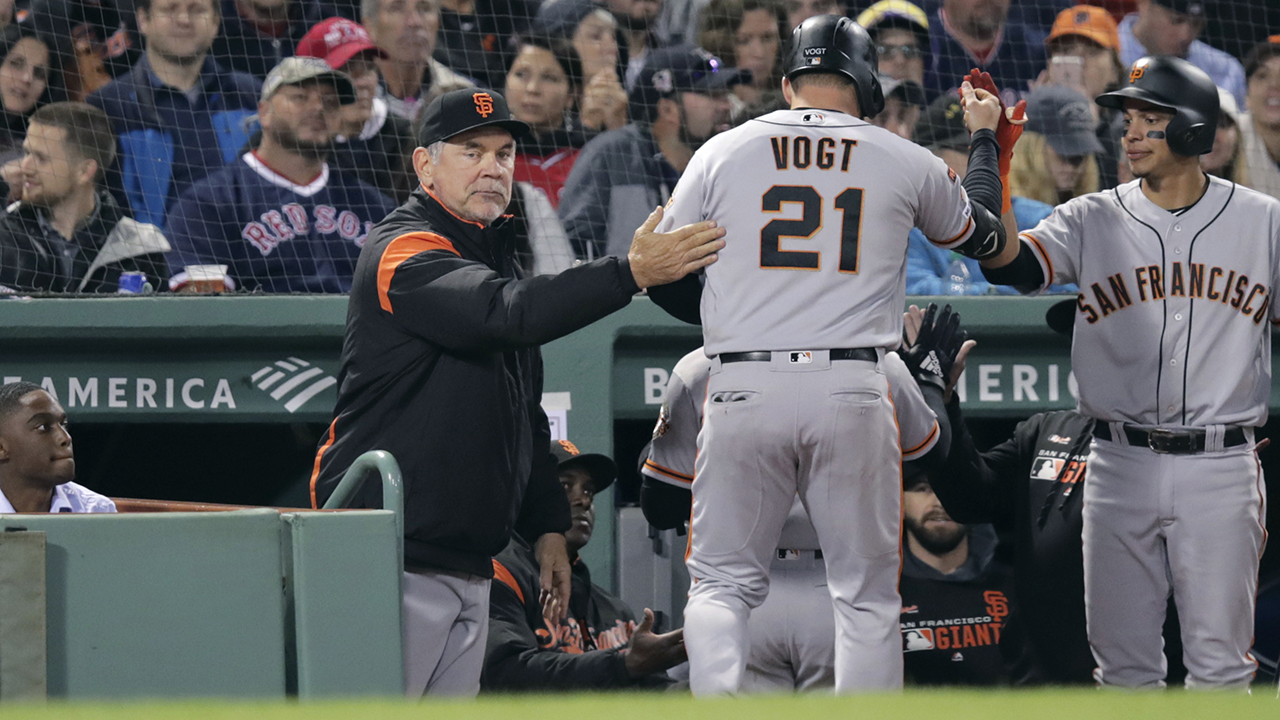 The San Francisco Giants helped manager Bruce Bochy reach yet another milestone before his retirement at the end of the season.

Was listening and watching that game last night. That whole series so far between the Sox and the Giants has been magical because of the presence of Carl Yaztremski and his grandson who’s now a bright star with the Giants (he hit a home run in the first game and the whole crowd went nuts). But this was great. The Red Sox saluted him after the game. As a fan of both teams I’ve been loving it. Gonna hate to see it end today.

Thanks Bruce for all of the good times!