Ya know maybe the bad old days when NATO was the world police,
weren’t so bad after all. 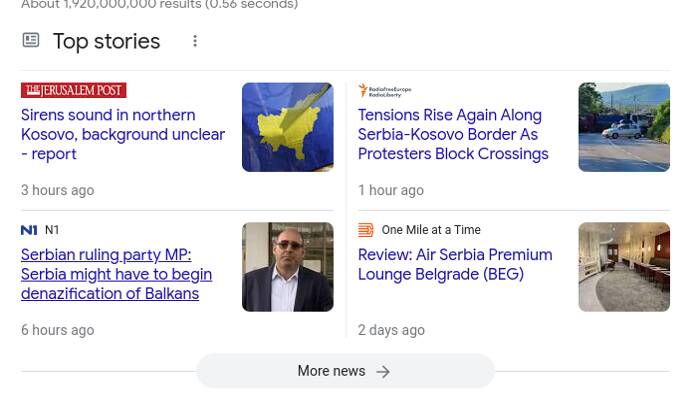 Oh, I am sure the bot factories in St. Petersburg are busily manufacturing proof of NATO complicity as we type.

I am completely bipartisan in my blame.
I think the world has always been filled with bad people who run countries
and that Obama-Trump-Biden have all been part of a national backing-down trend.

It’s really hard to put a genie back in a bottle. 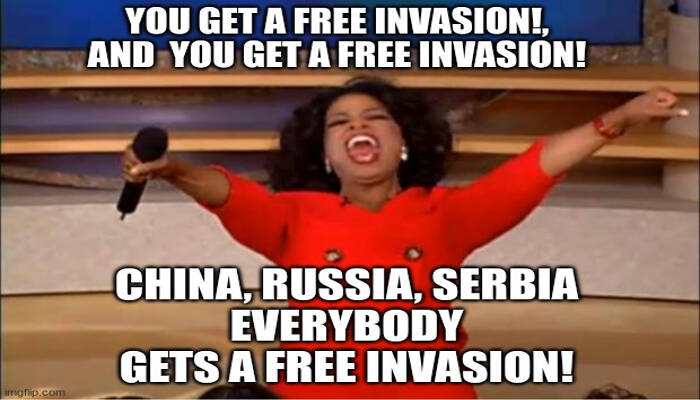 Serbia has a long history of stirring up ■■■■■

Slightly over 100 years ago, they started a war and brought down four empires.

The people who invented the term “ethnic cleansing” are now going to rid Kosovo of Nazis. (head slap)

Orwellian language is the new black.

its russia stirring this up

Kosovo has the 5th largest coal reserves in the world.
Apparently it is where europe is going for their current energy needs.

The UN along with most of the world outside of NATO already considers Kosovo to be part of Serbia.

NATO launched a war of aggression on Serbia in 1999. It sounds like it is looking for a repeat.

nato’s fault? man you are a one trick pony. and very dutiful to your friend vlad

NATO bombed Yugoslavia in 1999 in support of the Kosovo Liberation Army. Yugoslavia was zero threat to NATO.

Or it is about the US-backed government in Kosovo trying to provoke a confrontation with Serbia. Kosovar authorities said early on August 1 that they had agreed to delay implementation of two regulations regarding automobile license plates and travel documents for visitors from Serbia after consultations with U.S. and European Union...

and i did not support that. it changes nothing today. it is not nato stirring this up, its your best bud vlad

NATO needs a win some place. Ukraine has been a disaster, and escalating the war there is way too dangerous.

Attacking Serbia, a tiny land-locked nation, fits the bill perfectly. We dismembered their country in 1999 in a war that killed hundreds of Serbian civilians. We blocked a state visit from Russia to Serbia a few weeks ago. I thought the US was defending the sovereignty of national borders and the right of nations to associate with whomever they want?

Or does that only apply to US allies?

good. they should block everything from going in or out

i expect brandon will do the wrong thing and puff up his chest making some stupid pronouncements he won’t back up.

Crushing Serbia would destroy any pretense that the US actually believes in the values it is claims to be using to justify the proxy war in Ukraine.

Of course, Serbia is not alone. Syria has faced many years of US military occupation in violation of its sovereignty. But that is cool since we don’t like the Syrian government.