Senators Murkowski and Collins voted no on the Motion to Proceed to Executive Session, which motion was ultimately passed 51 to 46.

Proceeding to Executive Session is typically done by unanimous consent and is a necessary prerequisite for Senator McConnell to file cloture on ACB’s nomination.

Senator Collins has indicated she will vote no on confirmation, Senator Murkowski has not indicated her ultimate intentions yet.

There are likely to be numerous procedural votes called by Senator Schumer to delay the nomination to the maximum extent possible.

While he cannot stop the nomination, this delay effectively will run out the clock pre-election on a number of other judicial nominations.

Currently in Abnormal Psychology class, where prof just told me to put my laptop away…can you find me a link if it’s okay with you? Don’t really have the time to search for one.

If it’s not I can just search for it later.

If Trump does not win, is it possible the new president can recall the nomination?

Collins has already stated she will not vote in favor of Barrett’s nomination because of the vote’s proximity to the presidential election.

ACB will likely have her commission and have taken her Constitutional and Judicial Oaths before the election.

Let the constituents of these two Senators decide their political future but if I had a say, it’d be bye Felicia.

Murkowski won a write-in campaign after being primaried by the GOP. Collins is likely gone.

I thought Murkowski has now said she’ll vote to confirm when that vote comes up. 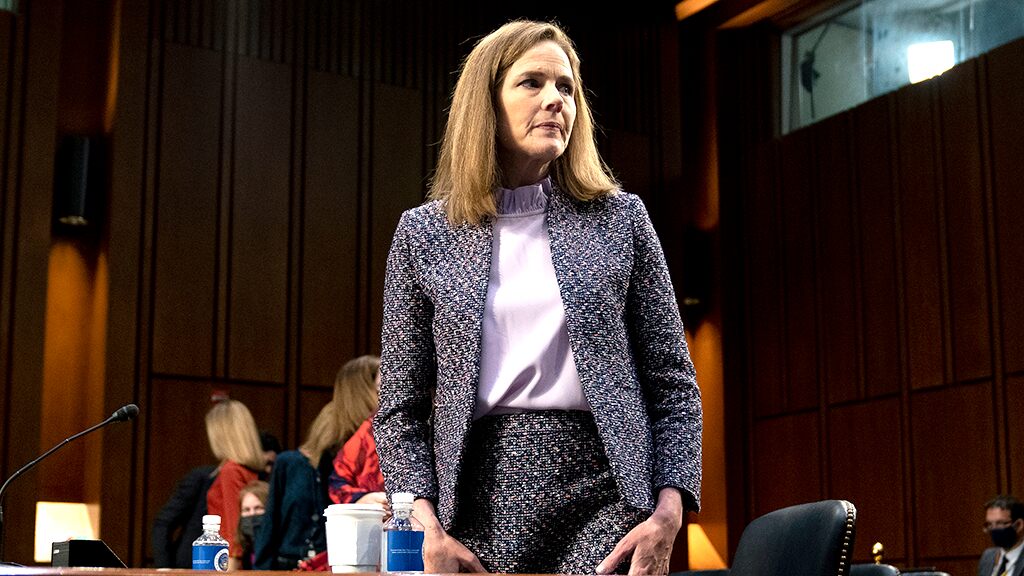 Sen. Lisa Murkowski, R-Alaska, announced her support for Amy Coney Barrett Saturday during a floor speech in the Senate, strengthening the Republican votes to confirm the judge on Monday.

If Trump does not win, is it possible the new president can recall the nomination?

She will already be confirmed by that time. He can’t recall her after that any more than he can recall Justice Thomas.