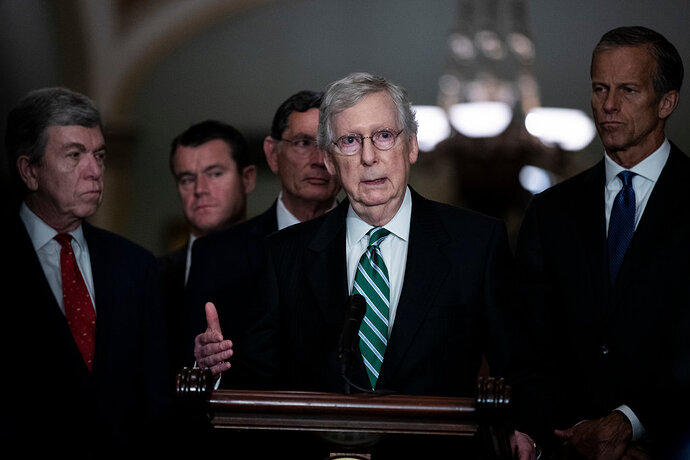 The Senate gave final approval to a two-year budget deal that would lift the federal debt limit and raise spending by hundreds of billions of dollars.

The Senate, overlooking concerns about the deficit that only seem to engage Republicans during Democratic administrations, is set to vote to pass the budget compromise engineered by Nancy Pelosi that puts off debt ceiling concerns for two years and allows parallel increases in defense and non-defense spending.

What a pleasure to have a Speaker of the House who can actually get things done after the Hastert to Boehner to Ryan run of incompetent Republican leaders none of whom were able to gain traction in their own caucus, let along work across the aisle.