The CDC’s Flawed Case for Wearing Masks in School

The agency’s director has said, repeatedly, that schools without mask mandates have triple the risk of COVID outbreaks. That claim is based on very shaky science.

Oh and people in New York are having to stand in line for 2+ hours to get tested. Our government is incompetent.

Not a red flag Newsguard source either.

The govt is full of incompetents, liars and corrupt people. They just like power. Masks are stupid. Viruses are spread by touch. " Two weeks to lower the curve"… Was a lie.

and yet the largest and only real study concluded long ago that kids wearing masks have absolutely no effect on preventing spread in schools. science that does not match the politics of fear is not followed.

Didn’t I see past posts here that called The Atlantic a liberal rag that can’t be trusted?

Damned if I do, damned if I don’t. Had I used a right-wing source you would complain too. Any comment on the story? Or an explanation why after all this time New Yorkers can’t get tested without standing in line for hours?

I had to get tested for work after a coworker had covid. Went to a drive up, absolutely no one there but workers. Ask to be tested, they asked if I made an appointment. No I hadn’t, sorry can’t test you, but there is no one here. Doesn’t matter CDC won’t allow it without first registering on line. Not sure if true or not but suspect it is do to the forms you must fill out to get an appointment so CDC can track info.

Tested negative the next day which was 6 days after exposure. Says something for the hepa filters in a plane. Sitting next to someone for 4 hours who had it.

I think that the article points out one of the major flaws in these types of surveys. You can not determine if a infection happened in the school setting or when the child was out in public. And if in public, was the child wearing a mask of not.

So apparently Biden is going to send out 500 million tests now. Gee thanks pal, I already bought twenty. I guess they realized how stupid Psaki looked when she mocked a reporter over it.

I think that the article points out one of the major flaws in these types of surveys. You can not determine if a infection happened in the school setting or when the child was out in public. And if in public, was the child wearing a mask of not.

Does the same not hold true for the weaponized OSHA mandate?

all of this was pointed out when leftists were defending the cdc using this study to set school mandates. the science is clear. mandating students wear masks in primary schools has absolutely no effect on the spread of anything but leftist ■■■■■■■■ claims to be saving us all. the flaws here were not an accident, the “study” was purposefully designed to give a specific result in support of the political will. its the politics of fear and its all the left has.

Look at this absurd reflection of the subjectivity of masking and government.

The second one got it right and for the right reasons…power grab. 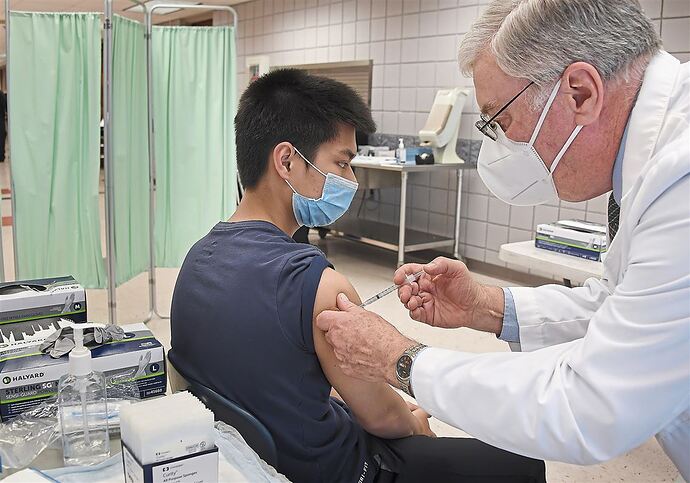 A federal judge on Friday refused to grant a temporary restraining order that would force students and staff in the Upper St. Clair School District to...

I wonder if either or both of those Judges think that no matter which way they rule the case will be going to the appeals court? Also, how much will the SCOTUS ruling on the OSHA mandate will have on future rulings?

The second judge got it right. The first judge has no business presiding over a school board meeting let alone a court proceeding.