Saudi teen who escape from her family when on vacation and boarded a flight to Asia has been granted refuge in Canada and has landed in Toronto.

Saudi Arabia and Canada have had been having a very public pissing match for most of 2018/19.

A young Saudi woman who fled her allegedly abusive family, drawing renewed attention to the plight of women in the conservative kingdom, has arrived in Toronto.

Rahaf Al-Qunun, 18, arrived at Pearson International Airport on Saturday morning on a flight from the South Korean capital Seoul, having left Bangkok on Friday night.

Al-Qunun emerged at the arrivals gate with Foreign Affairs Minister Chrystia Freeland, who introduced her as “a very brave new Canadian.” Freeland said Al-Qunun was tired from her ordeal and a long journey, and won’t be making public comment at this time. 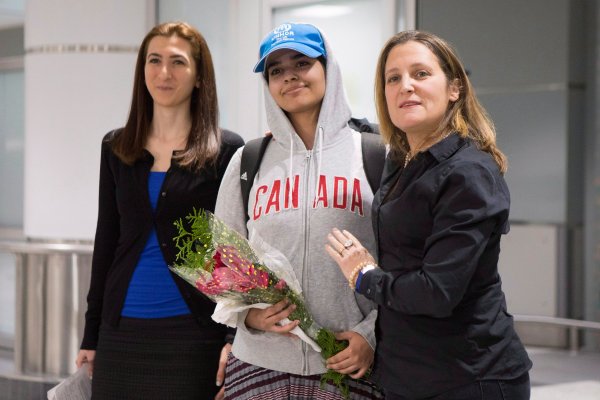 A young Saudi woman who fled her allegedly abusive family and drew renewed attention to the plight of women in the conservative kingdom has arrived in Toronto after being granted asylum by Canada.

UN was trying to get her to settle in AUS but they refused after pressure from Saudi Arabia, so Canada stepped in and offered to take her. she will be supported mostly by private charities who will work with her to get her a place to live and job.

This was a big middle finger to the Saudi we had everyone out there to met her at the airport.

and this young woman.

If that’s what one has to do to stay alive, so be it.

I honestly don’t know how this works. Does the crazy Saudi Prince now order for her family to be murdered? 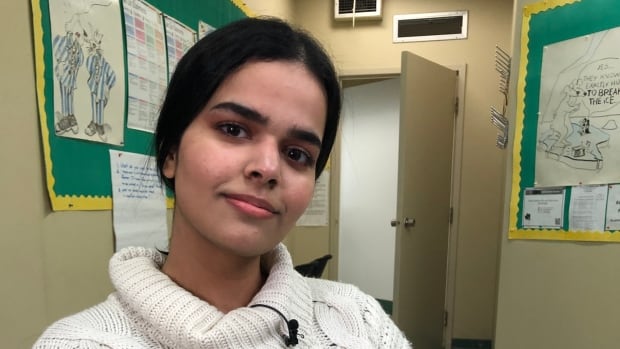 Saudi teen who fled her family and risked her life says she had nothing to...

A Saudi teen who arrived in Canada Saturday after fleeing her family says she needed to risk her life in order to live freely and be independent. And she feels that since arriving in Canada, she has been born again.

We really stepped in at the last min UN was hoping the Australia would take her in but they refused and without any other option it was very likely she was going to be sent back to Saudi Arabia where she would likely be imprisoned or killed.

I honestly don’t know how this works. Does the crazy Saudi Prince now order for her family to be murdered?

We know she can never go to a Saudi embassy.

The Saudi embassy help a person on trial of rape escape Canada this week so hopefully we close down their embassy soon.