If you’re talking about Nuclear propulsion they’re working on, not 2 days but 100 days. Basically cutting it down to slightly less then half the time for chemical rockets.

First flight test is in 2024…I think. I read where they have tested the engines successfully…but can’t seems to find that article.

The point is that it could fly around for hours eluding defenses all around the world before striking it’s target.

Here is a link to a related thread:

Russian radiation leak? Outside The Beltway

Several dead and injured in a Russian missile test accident. There are reports of high radiation levels from local authorities, but there is also speculation that the radiation claim is a ploy to keep people from picking up debris from the accident. This sounds a bit like the aftermath of the Chernolbyl explosion. What do you think is going on?

The explosion appears to be related the development of a nuclear-powered cruise missile. Here is some background information: 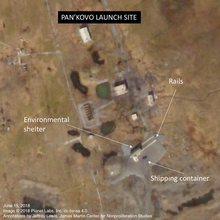 The 9M730 Burevestnik (Russian: Буревестник; "Petrel", NATO reporting name: SSC-X-9 Skyfall) is a Russian experimental nuclear-powered, nuclear-armed cruise missile under development for the Russian Armed Forces. The missile has an unlimited range. The Burevestnik is one of the six new Russian strategic weapons unveiled by Russian President Vladimir Putin on 1 March 2018. The cruise missile received the name Petrel (a bird species name that literally means "storm crier" or "stormbringer" in Rus...

Nuclear-powered aircraft were investigated back in the 1960’s, but the shielding required to protect human pilots made them impractical. A cruise missile would not have that problem, and theoretically it could remain in the air indefinitely.

Still, so what? The launches would be detected by satellite and there would have to numerous launches to override MAD, a which point they would be facing a counterstrike of numerous ICBMs which are equally difficult to eliminate.

And then there are the subs.

.^
.
.
Would someone be able to point to a link that explains how the mini-reactor produces thrust giving it unlimited range?

Can’t be unlimited thrust, you can have unlimited power but you still need mass to eject to provide actual thrust.

Hopefully we are not actually trying to develop these things. Waste.

Oh good lord, that thought is enough to give me nightmares.

Oh good lord, that thought is enough to give me nightmares.

Sorry. I was just asking.

Hopefully we are not actually trying to develop these things. Waste.

Actually we are, but for interplanetary travel.

I am cool with that.

But not for redundancy in our already solid triad.

Good explanation of this here 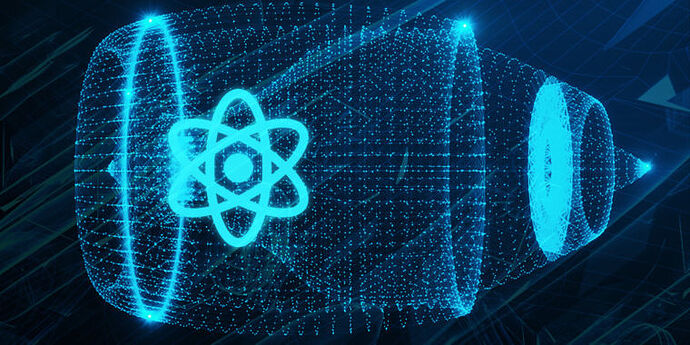 Best bad idea ever? Why Putin’s nuclear-powered missile is possible... and awful

Nuclear-powered cruise missiles? The US worked on them in the 1950s.

Theoretically a nuclear-powered aircraft could remain the air for months or years; commercial nuclear reactors run for years without refueling.

Cruise missiles could fly over the ocean near the US or Europe and strike coastal targets within minutes. Stealth technology means that they could be invisible to radar.

The recent explosion in the northern Russia is not the first incident that appears to be related to secret nuclear propulsion technology. A secret Russian nuclear sub sank in July with 14 dead: 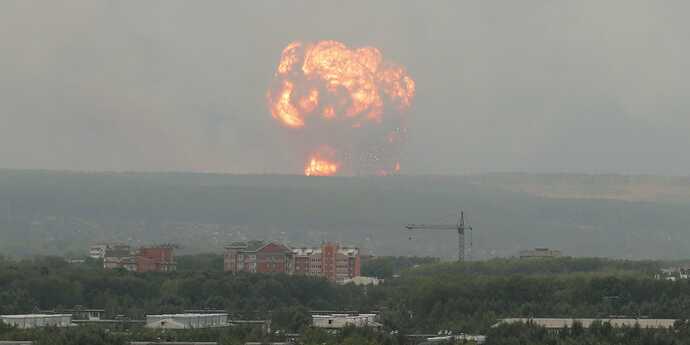 Russia's military has been rocked by a string of explosions and fires in...

Russia's accident-prone military has seen a fire on a secret submarine, an ammo depot shockwave and explosion, and a rocket engine explosion.

Researchers in other countries have seen similar results, but most of the researchers are from earth science, not nuclear physics:
https://www.nature.com/articles/d41586-017-07266-w#ref-CR6

In the US, nuclear physicists have generally dismissed the possibility of starting nuclear reactions with such small amounts of energy after debunking early tests in the 1980s with “cold fusion”.

My guess is that the Russians may be investigating new nuclear-reactor technology that US nuclear scientists have dismissed as impossible. Another possibility is that the US has been secretly working on similar technology, and the hostility of nuclear physicists comes from their concerns loss of government funding or security clearances if they publicly support the validity of research in this area.

Good explanation of this here

Did a little more reading last night and now understand.

Yeah, I was wrong when I said they needed reaction mass. In any case, Putin should probably be advised that the last time Russia tried to win an arms race against us, they were called the Soviet Union and it resulted in their going broke and collapsing. I don’t see it working out well for them if they do come up with something destabilizing that gets a full on arms race between us going again.

Didn’t we try this once? Project ROVER or such like for space travel?

With their aging and outclassed submarine fleet and considering our ballistic missile defense system development, I think they were feeling a little squeezed on maintaining MAD.

I think Putin has progressed now to the level of “Bond Villain” .

I thought he hit that level when he was the ex-spy, judo master president who was the most eligible bachelor in Russia.

Yeah, I was wrong when I said they needed reaction mass. In any case, Putin should probably be advised that the last time Russia tried to win an arms race against us, they were called the Soviet Union and it resulted in their going broke and collapsing. I don’t see it working out well for them if they do come up with something destabilizing that gets a full on arms race between us going again.

Yeah, but if Trump wins 2020, that gives Putin 6 years to make advances against us with little to no opposition from our POTUS.

This is just the time to try for something big and potentially destabilizing.

Plus, Trump is driving up incredible deficits, and rocking our economy with pointless tariffs. I think we have a different set of challenges than reagan had if we want to try to out spend them