Iconic comedian and Trump-supporter Roseanne Barr didn’t hold back when discussing politics during a late-night television interview; telling liberal host Jimmy Kimmel that he went so “******* far left” he lost everybody and should “zip that ******* lip.”

This is a companion discussion topic for the original entry at https://www.hannity.com//media-room/roseanne-goes-nuclear-the-comedian-tells-kimmel-to-zip-that-fing-lip-on-live-tv/
SixFoot May 31, 2018, 4:03pm #3

Nice filter bypass in the title by the way. lol

If true, why would you be proud of that kind of behavior.

Administrator is flooding the boards with topics this morning, but this particular thread is referencing an interview that happened back in March.

Makes you wonder what kind of news is about to break.

Noticed that. A lot of these threads are old and a repeat.

Might as well move on till after the flood. 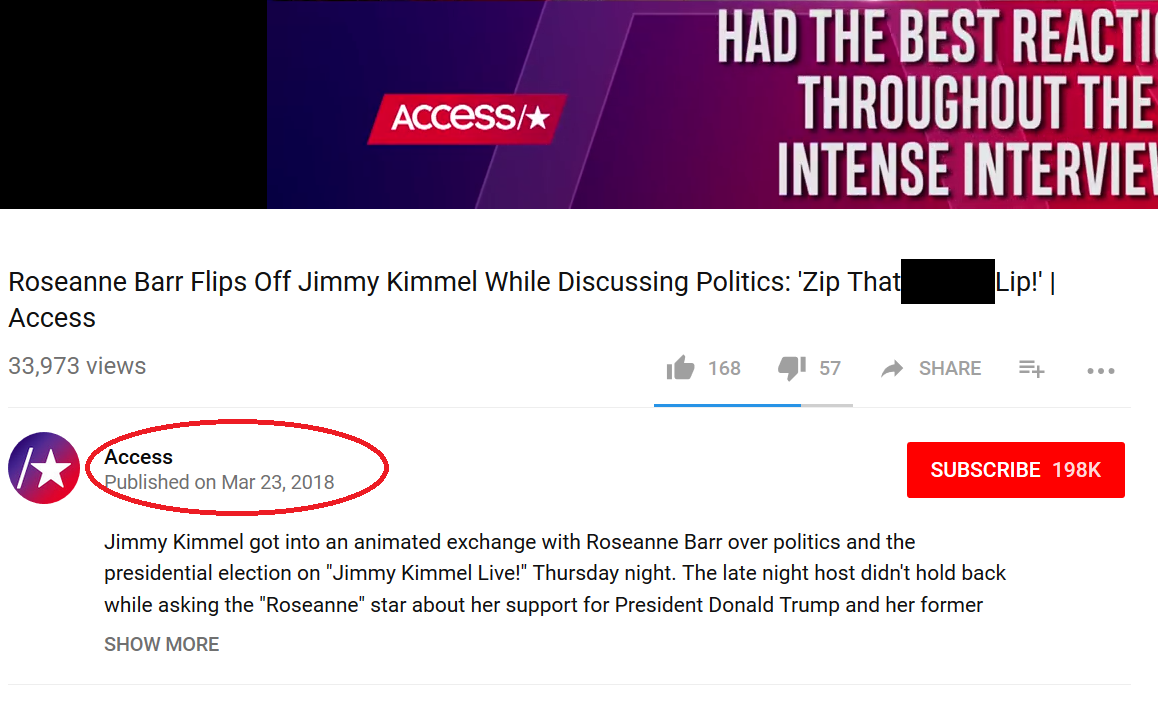 Administrator is flooding the boards with topics this morning, but this particular thread is referencing an interview that happened back in March.

A lot of the threads started by administrator are old old topics. What’s up with that?

A lot of the threads started by administrator are old old topics. What’s up with that?

Right On ROSIE!!! Tell Kimmel and the other talk shows that they’ve all became mundane and boring, (actually, they’ve ALWAYS been boring, that’s why I never bother watching talk shows). Kimmel says things that would insult a Trump supporter … supposing they said something derogative about his kid? … would he like that?

Trump is a great man to have as your President and because you snowflakes never got what you expected, you now want to see Trump fail. Let me tell you … IF Trump fails … America fails … if America fails … YOU FAIL losers!!! Listen to Rosie … she’s hit the nail on the head.

You might want to check the dates of things you read. Article is months old. In fact, it’s from before she was fired from abc. Which makes this article and your response quite hilarious.