Rizzo statue in Philly came down yesterday- what's likely next?

Also see reports in Richmond, Virginia where city officials could be seriously considering more recent requests to pull down their General Lee statue.

All statues to confederate traitors should come down

Do away with all participation trophies. Look at how weak it made so many in the south. Guns strapped peaking out their windows at night scared ■■■■■■■■ of human life with different shades.

Here’s a more recent article recapping when Pelosi’s dad as then Mayor being an integral part of the dedication ceremony of a Confederate statue in this southern town. Long before it was nicknamed Charm City more recently (1975), Former President John Quincy Adams dubbed Baltimore “the Monumental City” (1827). 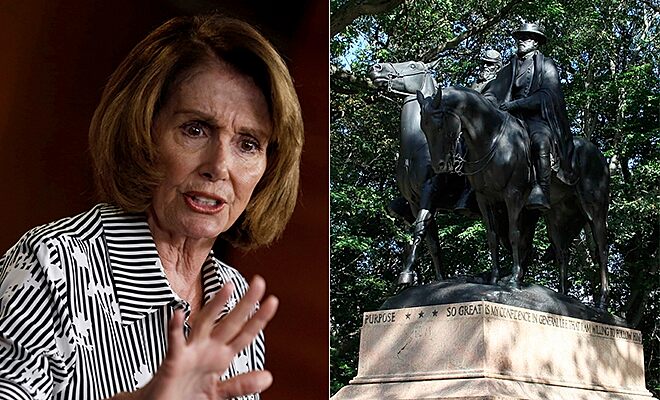 Nancy Pelosi has ramped up calls to remove "reprehensible" Confederate statues from the halls of Congress -- but left unsaid in her public denunciations is that her father helped dedicate such a statue decades ago while mayor of Baltimore.

Here’s a more recent article recapping when Pelosi’s dad as then Mayor being an integral part of the dedication ceremony of a Confederate statue in this southern town. Long before it was nicknamed Charm City more recently (1975), Former President John Quincy Adams dubbed Baltimore “the Monumental City” (1827).

Yeah that’s the guy. thomas d’alesandro jr. Putting up confederate statues around his city that wasn’t even part of the confederacy.

There’s a statue of him in Baltimore.

There are plenty of activities, from youth soccer to gymnastics, in the northeastern U S, where participation trophies are awarded.

‘Scuse me while I die laughing at this post!

and your point is? 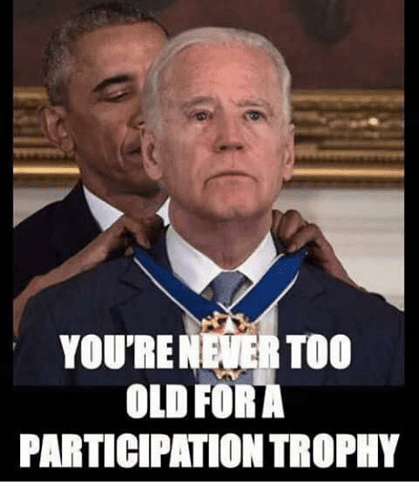 And lets burn all the books that might show em in good light too.

I mean in all honesty there isn’t too much good to talk about in regards to the Confederacy. The entire regime was a criminal enterprise. They used slave labor in their war effort, started a war that left 700,000 dead, as a rule summarily executed black union troops when they surrendered, ran some of the most appalling POW camps in military history, and the regime existed solely to protect and expand African slavery. The regime’s very existence was a crime against humanity and morality.

The only good Confederate officer was Longstreet. He made amends and took responsibility for his part in the criminal war effort. His statues should rightfully remain where they are. He’s a Confederate that we southerners can be proud of for the most part. He rehabilitated himself without pushing the “Lost Cause” crap that other Confederates (like Lee) pushed after the war.

The others? Their monuments should be removed and placed in museums explaining the truth of the Confederacy. A truth that too many people are keen to ignore today.

I do not support wanton destruction or the burning of any books. But we, as in the Deep South, need to confront the reality of what was done in our name.

“It’s my estimation that every man ever got a statue made of him was one kind of sommbitch or another.”

The only good Confederate officer was Longstreet

Robert E. Lee said the education he received at West Point at the time was states constitutionally had the right to succeed from the Union. He decision to turn down President Lincoln’s offer to command the Yankees was understood and respected, and another reason he ultimately received a full pardon for any war crimes by Andrew Johnson too.

I think they melted down Paterno 3 or 4 years back.

I don’t fault him for secession. It was ambiguous. And I do believe in self determination.

The issue was why the south seceded. Not that they seceded at all.

I fault him for commanding an army dedicated to the cause of preserving African slavery.

I don’t rank Lee in the top ten of worst Confederates. He wasn’t anywhere close to the level of guys like Forrest.

“It’s my estimation that every man ever got a statue made of him was one kind of sommbitch or another.”

I fault him for commanding an army dedicated to the cause of preserving African slavery.

Again, Lee and all cadets graduating from West Point back then were being dutiful to their states of residence. Virginia also had President/ General Washington, Jefferson, Madison and Monroe owning slaves legally too. Kind of a slippery slope here for all concerned…

The founders didn’t start a war that left 700,000 dead to protect and expand slavery.

There’s no comparison between the two.

It’s the cause they fought for that stains the Confederacy.