The Colorado Times Recorder reported that Colorado Republican Senator Cory Gardner held a breakfast Wednesday for lobbyists with seats starting at $500 a plate and going to $5000. Gardner’s move to raise campaign money during the government shutdown drew criticism from the Colorado Democratic Party. Ironically, the paper said that Gardner made headlines two weeks ago when he said he would vote to end the shutdown without funding for Trump’s wall. Since then, however, Gardner hasn’t taken any public action to push Senate leadership to call a vote. 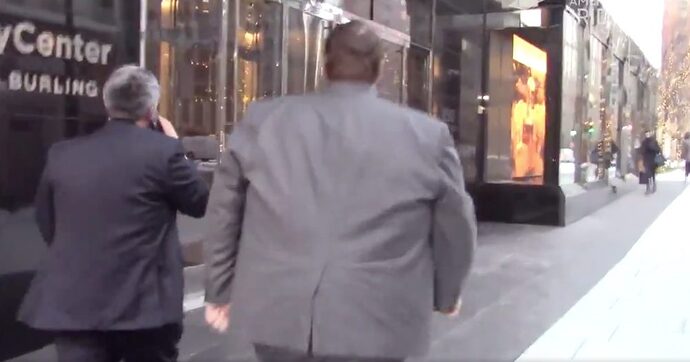 Senator Cory Gardner (R-CO) was the guest of honor at an exclusive fundraiser yesterday morning, hosted by a white shoe law firm at an undisclosed location. This is the second...

I’m fascinated by the PAC:Personal dollar ratios here for the different levels:

I’m the same guy who called Starbucks a few years ago because the price-per-ounce of a 16 ounce Arnold Palmer was higher than for the 12 ounce version - I did the math - it was the only drink on the menu where that was the case.

I did not receive a satisfactory answer…

Republicans were really just asking for trouble by electing someone who has zero business being president.

He’s never faced any consequences for his actions, he has little knowledge of the law or how government works, he doesn’t take advice and he doesn’t care what other people think.

What did you think was going to happen?

I have had posters on here let me know that it’s the fault of the unpaid employees if they are suffering. So I 5hink it means fundraisers are still a go

I think this thread should be merged with the one about how only Democrats are elitists.

With Colorado trending more and more blue these days, he’s going to need all the money he can get. This won’t be the 2014 election. Colorado is already one of the states that I have put in the “lean Democrat” column. It doesn’t mean he’ll lose, but the odds right now are not in his favor IMO.