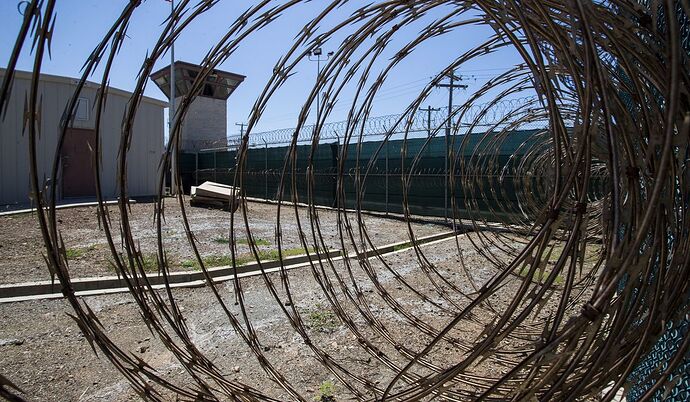 With its price tag rising each day as the inmate population grows older and sicker, the sudden firing of the top commander at Guantanamo Bay adds fresh fuel to the debate over the prison’s future and highlights a political, logistical and legal...

The Army officially gave the standard, boilerplate and quite lame reason of “loss of confidence in his ability to command.” Bull ******* ****.

He was fired because he told the unvarnished truth about Guantanamo Bay and told it publicly.

This firing is pure retribution and nothing less.

I don’t hear any mainstream Democrats are silent and complicit, particularly as they never supported (and actually helped Republican’s thwart) Obama’s attempts to close Guantanamo. A few Democrats on the extreme far left have made tepid comments, but no outrage over what rightfully SHOULD be considered an outrageous act.

Ethical concerns aside, Guantanamo Bay is a money pit and will become more so as detainees age and new facilities need to be built.

Close Guantanamo Bay NOW and either try detainees in an Article III Court or unconditionally release them.

I agree, close it.

Close it and send them to Ecuador