"RICHMOND, Va. — Virginia Gov. Ralph Northam acknowledged Friday that he appears in a photo on his 1984 medical school yearbook page that shows a person in blackface and another wearing a Ku Klux Klan robe.

The revelation of the photograph prompted some Republicans to call for his resignation. Northam quickly apologized.

The Democratic governor confirmed in a statement that he was in the photo wearing a costume “that is clearly racist and offensive.” Northam did not say which costume he was wearing."

"“This behavior is not in keeping with who I am today and the values I have fought for throughout my career in the military, in medicine, and in public service. But I want to be clear, I understand how this decision shakes Virginians’ faith in that commitment,” he said.

Republican state Sen. Bryce Reeves said in a statement that Northam should resign if the reports of the photos are accurate.

“I hope that this picture is inaccurate and that the governor brings clarity to this issue. This has no place in Virginia,” Reeves said."

The Democratic Party that started the KKK are at it again.
The Democrats like to play the race card and constantly say that Republicans
are the Racist ones though. 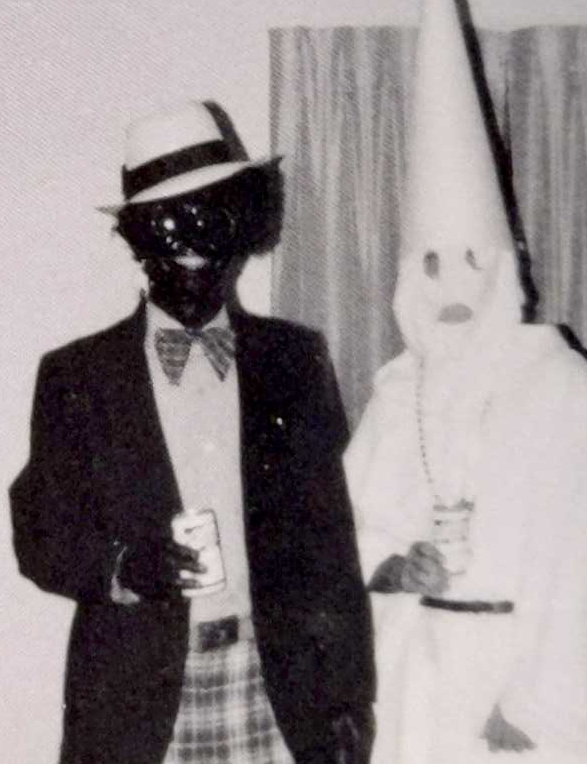 Voters in Virginia picked Democrat Ralph Northam as their next governor — and rejected the Trump era’s politics of division and racism.

12 posts were merged into an existing topic: Ok, NOW it’s time for Northam to step down