Propaganda Me Today Own Me Tommorrow

That school kids are being fed propaganda baloney by the barrel is not arguable. Aside from the paid sorostrolls the outcome of propaganda education is quite visible here on the Hannity Forum. 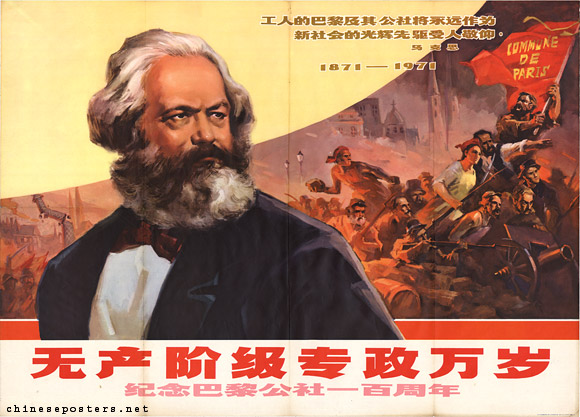 The indoctrinated leftist army Hannity Forum commenters are the flower of modern propaganda in America. Social media platforms add to their considerable confusion by ever more banning proper conservative thought. It is insidious and breathtaking.

‘Marxism is being force-fed to our kids’: Glenn on left-wing ‘indoctrination’ in US colleges

“Marxism is being force-fed to our kids under the guise of sociology and study,” continued Glenn. “And quite honestly, when Barack Obama got into office, it went into turbo.

Marxism is being force-fed to our kids': Glenn on left-wing 'indoctrination' in...

A recent study found that only one out of 50 sociology professors self-identifies as conservative, and 83 percent said they held either "liberal" or "radical" beliefs. The study focused primarily on professors of sociology because, as its authors...

“I won’t mention names but when they take certain people off of Twitter or Facebook and they’re making that decision, that is really a dangerous thing because that could be you tomorrow,” the president told Reuters.

And the indoctrinated will FIGHT for their right to ignorance. Scope out the comments below.

Well… it is good to see that Glenn Beck is back to saying idiotic things after that period where he was claiming to not be so divisive didn’t work out for him.

“I coulda been a college professor, but chose coal miner for the money” – said nobody, ever.

And that is a natural liberal position. This is not a new argument.

You often seem to start threads with content from The Blaze and Breitbart. Do you find those sources propagandistic? Do you consider them propaganda?

But I mean, between Trump and his DOJ cracking down on pot, conservatives freaking out about who chooses which bathroom, who marries who, what foot ball players do during the anthem, explaining what journalists should write…you may have gone a little too far with that joke.

Do you consider them propaganda ?

Though I assume your question to be completely rhetorical…Nope. I do not consider them propaganda. Listen… do you know what propaganda is? If you don’t, or can’t recognize it when you see it, or won’t admit it when you do bekez it doesn’t fit your ideology (or worse, feeds your ideology) then we have no basis for communication.

Breitbart and ToBlazes have a definite POV (Point of View)… This much is true. It’s how they process their regurgitations that matter.

POV is NOT the same as cleverly packaged MSDNC propaganda. POV and propaganda are two separate beasts…though at first glance they look similar.

Actually, left wing propaganda drives the bulk of the opinion news today. 90% of the time conservative sources simply play off it. There is an unspoken symbiosis going on.

Glenn Beck is a great storyteller, but should be considered an authority on absolutely nothing of importance.

Unless you consider grifting a talent.

It wasn’t a rhetorical question at all.

And that is your downfall. You prefer a fairy tale to the real thing. This is well understood.

could you point to a specific example of actual rightwing or conservative propaganda?

I can’t. I have my places I go and they are not propaganda places…though obviously they generally have a POV I agree with.

ToBlazes is a mixed bag, btw. They try to be all things to all people and that is their undoing. Often skewed, they are truthful…unless it’s one of their goofy libby writers regurgitating lefty talking points to push their agenda.

So what is an example of a conservative propaganda place? I might even agree with you.

And that is your downfall. You prefer a fairy tale to the real thing. This is well understood.

Glenn Beck, who asserted on air that an innocent Saudi student was the “bag man” for perpetrators of the Boston Marathon bombing. Rightfully got his ass sued off for it.

The guy who claimed Obama’s government was incompetent and that people should march on Washington over the Ebola virus. “It’s going to be the death of all of us!”

Frankly I have NO idea of what you’re talking about…but if you think you have a Beck apologist on the line you are very very sadly mistaken. We split the blanket in 2012.

That is some funny stuff right there.

Social conservatives are some of the busiest bodies around .