Private prisons and why they should be abolished

Breaking this subject out into a separate thread, previously it was discussed as part of a thread regarding arresting and detaining in jail illegal immigrants.

1a. They are judicially corrupting as well. There was the “Cash for Kids” scandal here in Pennsylvania, where state judges were taking kickbacks to send juveniles to private detention facilities. In Iowa, United States District Judge Linda Reade’s husband is a major investor in CoreCivic, a private prison company. Several days before a major raid on a meat-packer, her husband increased his investments. She signed the warrant for raid and knew the day it would take place, so she obviously clued her husband in on when to buy.

There are many, many such examples

As a consequence, I support legislation to abolish the use of private prisons at the Federal level. I would allow nor more than 5 years for the Federal Government to phase out all contracts with private prisons and to move all prisoners and pre-trial detainees to Bureau of Prison’s facilities or to State or local facilities that meet federal standards.

At the State and local level, I support efforts to enact legislation and/or local ordinances to phase out the use of private prisons within 5 years.

I also support Federal, State and local legislation that would ban private outsourcing of “core” functions in public prison facilities, such as guards and rehabilitative staff.

Prisons and jails are simply an inherently public function and should be run that way.

I would note that there are some **** poor State and local facilities, but they don’t justify the existence of private facilities. Rather, they point to the need to upgrade or replace those facilities.

For example, Trump’s & Session’s immigration crackdown is driven in good part due to a need to repay their campaign donations from private prisons.

I agree with the principles of your post. We’ve had cases of judges getting kick backs I believe.

How big is the industry? It has to be huge.

Idaho turned its state prisons over to a private company and it was a disaster with corruption through the roof which forced Idaho Govt to take the prisons back over in 2013. When the reddest of the red states realizes the folly of private prisons vs govt run you know that private is a bad thing.

Prisons will always have corruption problems due to the low pay guards get but its magnified when cutting costs is the #1 goal which is what happens with private prisons.

I’m curious if anyone here will defend private prisons.

I don’t know if I’ve ever heard anyone ideologically defend private prisons, regardless of political persuation.

Say what you will about Mother Jones news, but here is an article from them written by one of their reporters who got a job at a private prison for four months. They did not even do a back ground check on him or they could easily have found his many previous articles critical of the industry. It’s a long article but it gives an inside look. 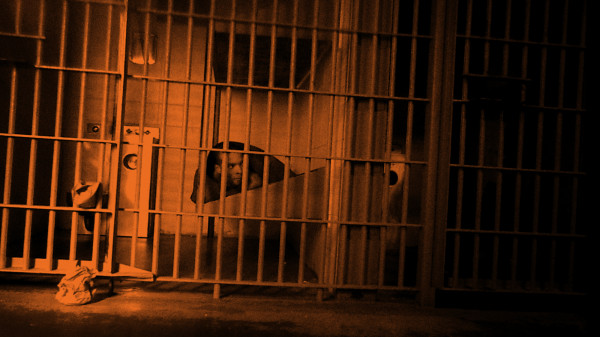 Private prisons are shrouded in secrecy. I took a job as a guard to get...

This is the biggest investigation we’ve ever published.

I’m curious if anyone here will defend private prisons.

I don’t know if I’ve ever heard anyone ideologically defend private prisons, regardless of political persuation.

Nevermind the ability to buy politicians, that is what makes this system even more indefensible.

For example, Trump’s & Session’s immigration crackdown is driven in good part due to a need to repay their campaign donations from private prisons.

How would a person prove that in court… not prove that there were campaign contributions, but prove the quid pro quo now drives policy? Give me a hint of what the proof would look like.

It would be nearly impossible to prove.

You would have to demonstrate an intentional and explicit quid pro quo agreement made ahead of time.

Even in a perfect world with no corruption, the premise of for-profit prisons has significant inherent issues.

The problem with the theory is the law.

No, I think there’s more to it.

Incarcerating criminals for profit has inherent problems above and beyond “the law”.

Apologies, I see now that you were responding to a different post.

But now I don’t understand what you’re trying to say.

Trump and Sessions are following the law. It may very well benefit the prison corps, but it is the law.

That is not always the case. Clinton for example.

It would be nearly impossible to prove.

You would have to demonstrate an intentional and explicit quid pro quo agreement made ahead of time.

yeah. I was surprised to read that coming from Mr Law.

No, I think there’s more to it.

Incarcerating criminals for profit has inherent problems above and beyond “the law”.

I’m not arguing that there’s a conspiracy to lock people to benefit the private prison system.

I’m saying there is inherently a mutually beneficial relationship between a “law and order” politician and the private prison industry - and that’s the problem.

I will agree if we expand it to include everyone in the justice system.