in a bipartisan review of the PM conduct during the SNC-Lavalin the PM has been found to have committed several ethic violation in his handling of the case, firing, etc.

this is good news for the Conservatives in the up coming election, Liberal are in full damage control mode but I don’t think they can keep this from influencing the 2019 election.

In his report released Wednesday, Dion wrote, “The evidence showed there were many ways in which Mr. Trudeau, either directly or through the actions of those under his direction, sought to influence the attorney general.”

“The prime minister, directly and through his senior officials, used various means to exert influence over Ms. Wilson‑Raybould. The authority of the prime minister and his office was used to circumvent, undermine and ultimately attempt to discredit the decision of the director of public prosecutions as well as the authority of Ms. Wilson‑Raybould as the Crown’s chief law officer,” Dion said. 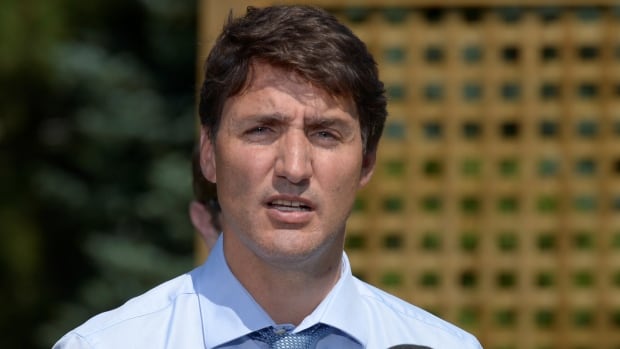 'I take responsibility,' Trudeau says in wake of damning report on...

Prime Minister Justin Trudeau says he accepts full responsibility after Ethics Commissioner Mario Dion found he violated the Conflict of Interest Act by trying to influence then-justice minister Jody Wilson-Raybould and get her to...

For those who don’t know about the Scandal Trudeau and his office pressured the Attorney General to drop charges against a engineering company who was being investigated for fraud and bid fixing.

Lock him up buddy

we will see when the next raw polling data comes out on how this effect the numbers Trudeau has been masterful in his handling of this scandal so far removing the large lead the Conservative had and pulling the liberal ahead but this could be the crack the Conservative need to regain their lead.

There is no prison time for ethic violations the biggest tool the watch dog group has is public shame, which goes a long way in Canada minor scandal like this are often the end of a political career.

a lot of Canadian are swing voters.