President Trump's Troops To Border Seems To Be Working 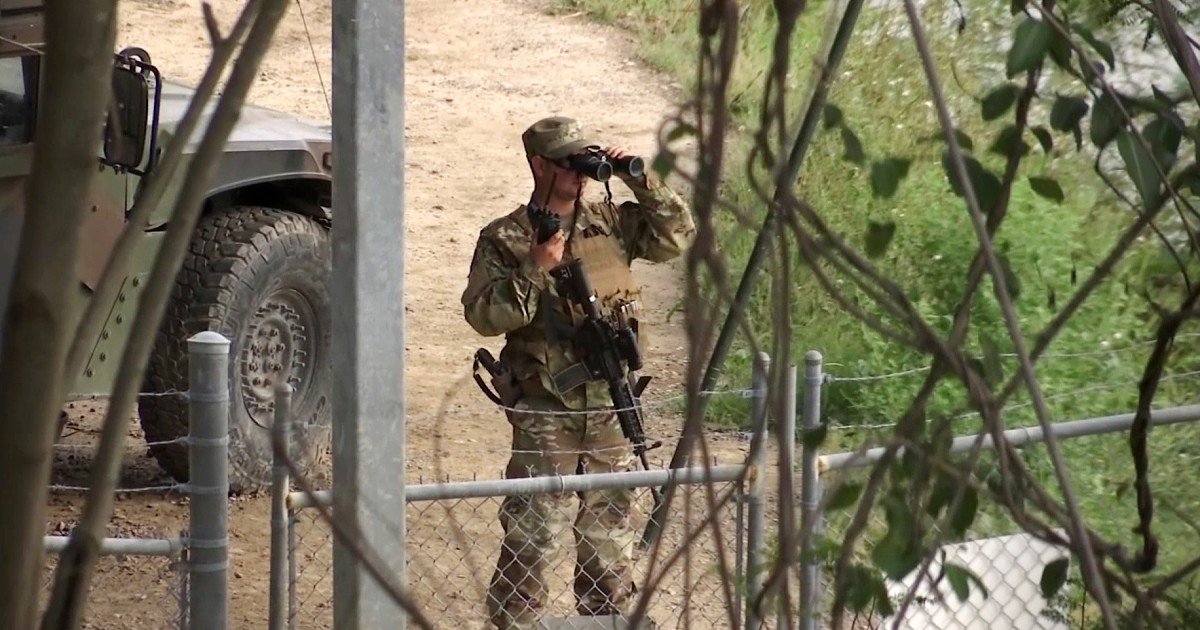 U.S. Customs and Border Protection officers have apprehended an additional 1,600 people attempting to illegally enter the country from Mexico since April 15 as a result of the deployment of National Guard troops to the southwest border, CBP and...

Don’t know how long the National Guard deployments to the border will be sustained but, as it has in the past, it is working to help free up more CBP agents for patrol and aprehension.

What I would love to see also is some initiative out of the administration at focusing CBP recruitment efforts with (towards) these Guard Troops. It makes sense to me. They are spending time along the border, learning about the areas, getting to know CBP agents and their job requirements.

Perhaps this is already being done since CBP and ICE field agent recruitment is suffering right now?

What say all of you?

I felt bad that you didn’t get any posts here yet, so I wanted to make sure you got at least one post on your thread Lucy.
I Love Lucy!
All I can say about the border patrol is that it’s about time! Tired of liberals sometime faking about the border when they have to lean towards the middle publicly for votes, and tired of the Republicans constantly saying that they’ll do something about the wall, but never following through!

Both Bush and Obama sent the NG to our Southern borders to assist the CBP during their terms of office.

I didn’t approve of Obama’s prioritizing of the missions of ICE and CBP during his term of office. I felt he was too weak in too many areas.

Both former Presidents did have increased numbers of agents under their watches. Obama failed to push as hard as he could have on the judicial side of immigration, especially on the enforcement side.

When Obama was in there he intentionally told ICE to overlook problem areas. Or areas certain areas that were heavily populated with illegal immigrants. When was the last time an American president came close to even trying to live up to what they said that they were going to do with the border? I can’t remember? Can you? That’s because most of the Republicans that run on it and say that they’re going to do something about it, don’t really care. They just want the votes, and to look Conservative, but aren’t really. Like Why is John Mccain even a Republican? Or Paul Ryan, or Rand Paul? They’re in the Republican Party, but none of them are Conservatives, what-so-Ever! lol.

Trumps actions on the border and other areas of immigration are major reasons I keep supporting him in spite of his “tweeting” and making statements for the media to latch on to. These issues are more important.
I have been pleasantly surprised that he has lived up to everything in this area that he promised in the election.
Where he has failed (more money for immigration judges, interior enforcement) have been more due to lack of support in Congress than his failing to pursue what he promised.
Yes, if someone comes up with a clear, unarguable felony, I am for ditching him. So far, so good.

He has failed on the wall, so far, but that always seemed to me to be just a big huge heaping side of Republican Red meat hyperbole to help get him elected than any super serious notion of a “big beautiful wall that Mexico will pay for”.

More border security, applying physical, technology based, structural components are all good ideas. But all of them need to be done with intelligent applications and not in hyperbolic fits.

My preference is the ballot box for replacing politicians. I hate when crimes or misdeeds force them from office.

Hey OP…what have you done with my friend LouC?

Hey OP…what have you done with my friend LouC?

Not a thing. What makes you think that?

I have never falsely denied being a Liberal.

I have never falsely denied being a Liberal.

Are you claiming you have done a reverse Mr. Capitalism coversion?

My views, those I have expressed here on this topic, they are the same as they have always been.

Are you claiming you have done a reverse Mr. Capitalism coversion?

I don’t know what that means?

You used to insist you were conservative and were defensive if someone (like me) claimed otherwise. Now you say you were always liberal and your views have not changed. Which seems contradictory to those of us without a deeper understanding.
Mr. Capitalism, oof course claimed to have gone a political conversion but since you dont, that is not relevant.

Looks like a nice spin piece trying to turn the noted rise in illegal crossings recently into something positive.

As border crossings increase so will apprehensions. duh!

He’s been here. Sticking to his old schtick.

You used to insist you were conservative and were defensive if someone (like me) claimed otherwise. Now you say you were always liberal and your views have not changed. Which seems contradictory to those of us without a deeper understanding.
Mr. Capitalism, oof course claimed to have gone a political conversion but since you dont, that is not relevant.

I have never claimed to have always been a Liberal.

My views on immigration have not changed.

My views in general have not changed.

In the 40 some years I was a happy Registered Republican my views have stayed pretty much the same.

What did change was fellow Republicans who could not accept me as I was. Especially in Hannityland.

Then along came the party of Trump, and his happy declaration that those of us not goose stepping to his every whim were his enemies.

That was the last straw.

I registered as a Democrat and accepted that I had been Left out.