Story should be accessible at www.cnn.com

I wish this group the best. If someone is qualified for a seat in an Ivy League university—black, white, from various Latino and Asian groups or other—why shouldn’t they get it?

There are more people"qualified" to get into Harvard than there are available seats, so no, everyone who is qualified doesn’t get to have a seat there.

Which is why I get irritated at students who think they were owed one of the few available seats when they don’t get selected.

Lets judge applicants on the content of their character and not the color of their skin.

They do judge based on their character. Dumb people don’t get into Harvard. Hell not even all smart people get in.

I bet they can’t point to one black student who took their spot.

I dont know why Tom Brady or Colin Kapernick think they are entitled to play football. The NFL should use the holistic approach and force them to put Asians on the team that are smaller than 68 inches and less than 150 lbs. That way these larger nfl players could learn from them about their life struggles.

What a load of garbage. What if a college said they were going to tilt their admission process to favor white kids?

Race should not be a factor. By making race a factor, it cheapens the degree for the favored applicant. Even President Obama had people saying that the only reason he got in to Harvard was because he was “Black”. If race wasnt involved, than these minority kids that get accepted would be admired for their quality of work rather than the color of their skin.

Academics and athletics (entertainment) are definitely not the same.

So if race should be considered due to to past grievances, when should it stop? Give me a date when you feel it should stop. Also, What did Asians have to do with Black Racism in America? Why should they suffer today for the injustices of whites that were over 50 years ago?

If they simply eliminated the portion of the application that asks for race. That would solve the whole issue. You don’t want to hold back some brilliant Asian who may be able to cure cancer.

Academics and athletics (entertainment) are definitely not the same.

What’s different about them?

Are you at all familiar with the studies Asians are using to make their case? It’s not an Asian vs. black thing.

Racial bias should not exist in our systems. It’s one thing to make a case on someone’s upbringing or environment. But simply being black shouldnt trump another candidate.

Not at all. I would be interested in reading their study

Americans want disadvantaged students to get a leg up. Socioeconomic preferences are the best way to promote diversity on campus.

I like this take, particularly because the simulation increases numbers of targeted minorities while also recognizing that it’s tougher being a white kid from McKees Rocks, PA than being Malia Obama.

Let me track it down.

I can get behind socioeconomic preference over racial.

Here’s a good starting point to see the reasoning underlying the Asian complaint.

Personal ratings brought down Asian-American applicants’ chances of being admitted, according to an analysis filed by a group suing the school for bias.

Here’s another link that will get you familiar with the issue. Actual data is in this link and it’s a 3rd part of a 3 part series. 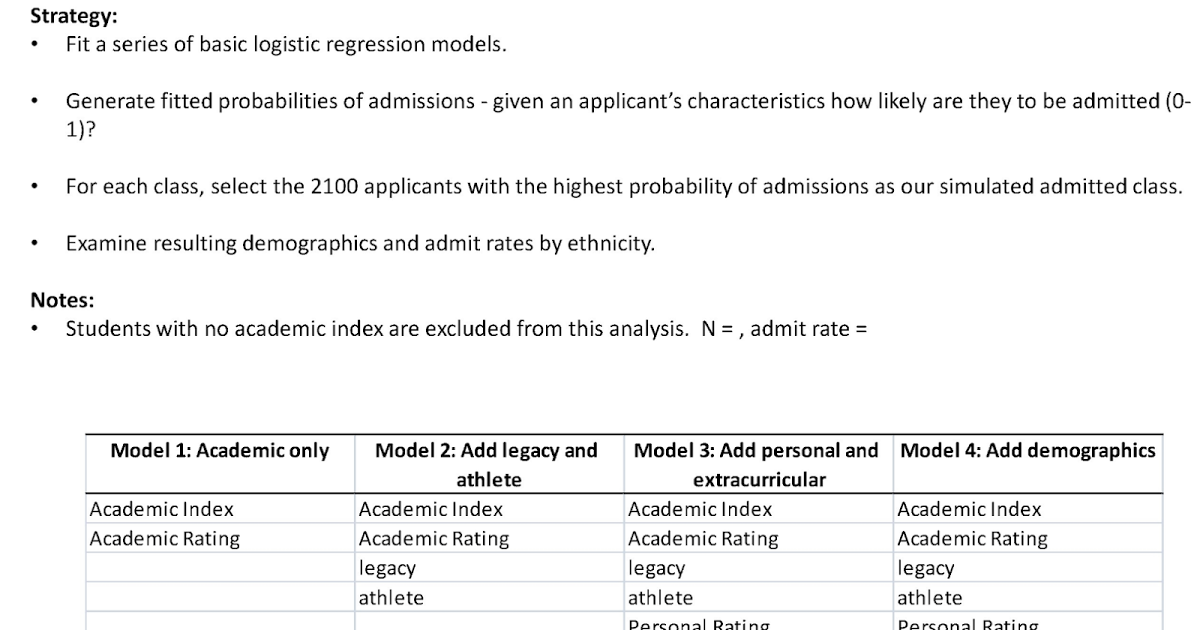 This is my third post discussing the Students For Fair Admissions lawsuit against Harvard over discrimination against Asian-American applica...

Thanks! I like when forum members actually want to help instead of troll.

Seems like they have an argument. How did they determine that Asians have a less desirable personality than other races? How do you measure that?

I understand Harvard has to find ways to measure a “whole person”, but this seems fishy