Nice generalities. I guess I’ll wait for concrete proof supporting any of your allegations …

You’ll never see it. As a lib, you have your filters. You won’t ever see how stuff in the version 1.0 witch hunt was twisted in the media and my the entirety of libdom. You won’t see how stuff from the Kavanaugh “hearings” (which were another witch hunt) were contorted.

before this “lib”… and my “cohorts” change our minds.

Snort. Never gonna change. Which is why I see no value in wasting my time trying.

Is mere accusation (of me – in spite of your pretense to make it under a lame © disclaimer) sufficient to make some inane point?

It is completely relevant to your point. © did the same thing to Obama.

The entire “get-trump” effort – which started even before he was sworn in – is dishonest. More than dishonest.

Pelosi is afraid of a vote in the house…now she has to have one.

All because they know Trump wins in 2020.

It will be months before a vote on articles for impeachment if any are produced.

So much for a hasty reckless…errr speedy process.

It appears Volker is appearing as scheduled. What he says may well begin the process of determining Rudy Giuliani’s fate; not too mention Trump as well. BREAKING: Ambassador Volker has confirmed he will appear this Thursday. Ambassador Yovanovitch, who was previously scheduled for this Wednesday, will now be appearing on Oct. 11 with the agreement of both the Committees and counsel.
BlueTex October 1, 2019, 8:49pm #86

So much for a hasty reckless…errr speedy process.

Thorough takes time… there is no right to a speedy investigation

I am not in favor of hasty. That is what Pelosi sold the Mueller weary masses.

That is what Pelosi sold the Mueller weary masses.

The Democratic base is more interested in thorough than fast.

precedent for banana republic government. It’s great (to you) under the “hate Trump” atmosphere, but it’s bad medicine.

That was before the flood of migration from the south of the borders, those escaping the hell of a socialist country only to come into America and vote for the same policies they had to flee from. Look at California hell even New York city and Miami is red.

Sure if you ignore her words…

Don’t argue, what do we know about what we were sold and believe.

What a difference a day could have made! Imagine if Nancy Pelosi had held her impeachment fire for 24 hours.

Then she would have had the transcript of President Trump’s call with the president of Ukraine. Even a quick read would have told her it was not as advertised.

She would have learned there was no threat from Trump and no talk of a quid pro quo involving foreign aid in exchange for an investigation of Joe Biden. By the time she finished the five pages, Pelosi would have realized that the media’s promise of a smoking gun was a false promise.

With the facts in front of her, the House speaker would have wisely put off Tuesday’s doomsday impeachment push and waited for a more compelling issue to justify an historic effort to overturn the 2016 presidential election. What a difference a day could have made! Imagine if Nancy Pelosi had held her impeachment fire for 24 hours. Then she would have had the transcript of President Trump’s call with the president of U…

When Comey refused to answer questions because he said that the answers related to an ongoing investigation, where was the outrage that Congressional oversight was being destroyed?
There are rules to these things. Like giving people time to prepare and seek legal counsel.

(BTW, Comey apparently only meant you couldn’t talk about ongoing investigations to Congress, not to the NYTs)

I would not expect such a move from the most transparent administration in history!

The House Chairman might want to try issuing subpoenas first.

And stop trying to deny them legal counsel second.

Oh stop. Who pays attention to silly things like that when you’ve got Trump in your sights?

Cool …person has an opinion…that’s not newsworthy

That wasn’t a transcript.

Don’t need to read any further. 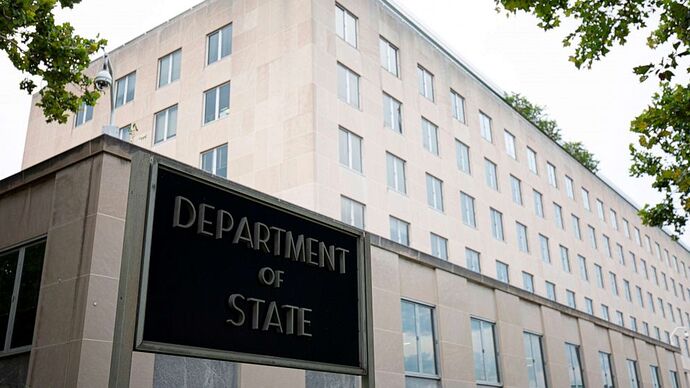