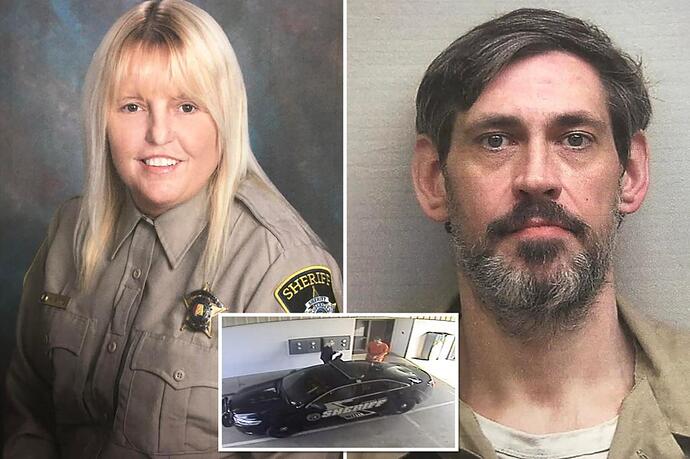 Vicky White and inmate Casey Cole White have been linked together since late 2020, when he was brought to the her jurisdiction, Lauderdale County Sheriff Rick Singleton told The Post.

Sarcasm aside, there was the L A County Jail ESL teacher who helped one of her students escape; the sewing teacher in a NYDOC facility who helped two of hers escape; and now this retired deputy who probably figured she had nothing to lose (last day at work, divorced, no kids, sold her house).

Could it be time to restrict male corrections officers to men’s facilities and female C O’s to those for women’s? All the talk being about transgender locker & bathroom rights, in some fields, IMO, it’s more risky to mix heterosexual individuals of the opposite sex.