Looks like Fetterman stubbed his toe already. Did not show up so the press reminds voters of his little gun pointed at Black jogger incident.

“You can’t win Pennsylvania as a Democrat without significant turnout from Black people in Pennsylvania,” Tyler said, “and we deserve to hear from him and he’s gotta explain that to us.”

Mr. Fetterman has said he heard gunfire near his Braddock home in 2013 and pursued a man wearing a mask who he believed was involved. Mr. Fetterman chased him in his truck and then approached the man with a shotgun. He turned out to be an unarmed Black jogger. Mr. Fetterman said he didn’t know the man’s race and never pointed the shotgun at him, and he posted a lengthy explanation last year.

The jogger has said the gun was pointed at him, and also that he doesn’t think the incident should define Mr. Fetterman.

What I find even more amazing is that Conner Lamb was also a no show and not even mentioned.

Would have been awesome if Carla Sands or Doc Oz had been there.

Appears like it was more of a political ad for Kenyatta…

The organizers KNEW Fetterman had to be at the State Capitol when they scheduled this.

Let the race for the PA senate seat begin! 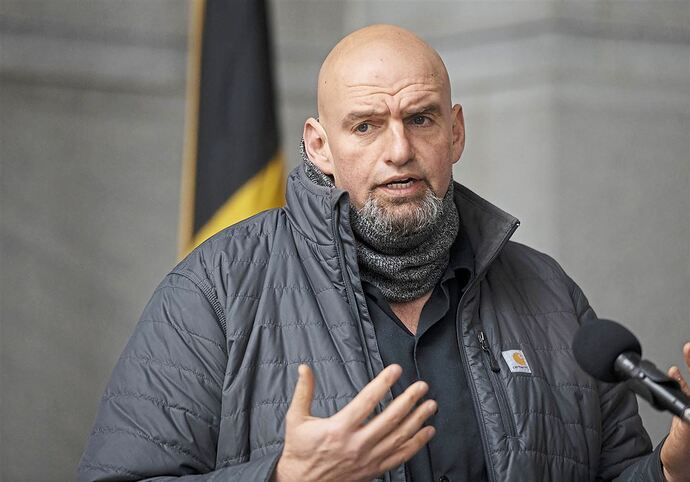 PHILADELPHIA — When Philadelphia Black clergy members held a forum last week with Pennsylvania’s U.S. Senate candidates, there was one notable...

I know OZ was on a Trump health panel, but I have heard nothing from him on Trump or the onesix over zealous prosecutions.

I know OZ was on a Trump health panel, but I have heard nothing from him on Trump or the onesix over zealous prosecutions.

I don’t see him associating himself as a Trump R. I also have never seen anything that would indicate he was a Romney Rino. Everything I’ve seen implies he’s a conservative person, practicing conservative principles for decades and has decided to apply his knowledge and everything thing else he brings to the table for the good of Pa. and it’s citizens. There doesn’t appear to be any drama in his political portfolio and I like that.

I’m not familiar with her but you’re a good judge of character. I’ll keep my eyes and ears open regarding her. Thanks for the tip. 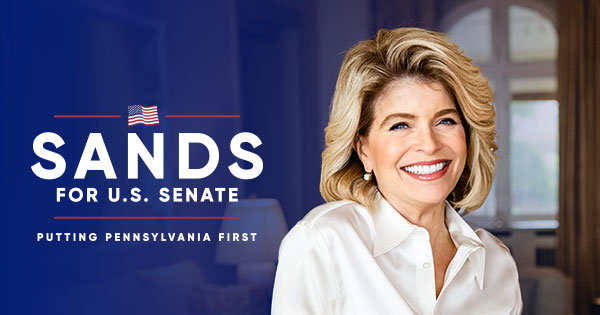 Meet Carla Ambassador Carla Sands grew up in Camp Hill, Pennsylvania. Her father, Jack, continued to grow his chiropractic practice in Camp Hill alongside his own father, while her mother, Barbara, raised Carla and her six siblings.  Carla...

She is also quite attractive. She has a matronly and engaging personality. He’s a product of media, not principles. His “R” is just a letter.

Some updates on the race.

Lamb is inching ahead of Fetterman…No endorsements for either party. 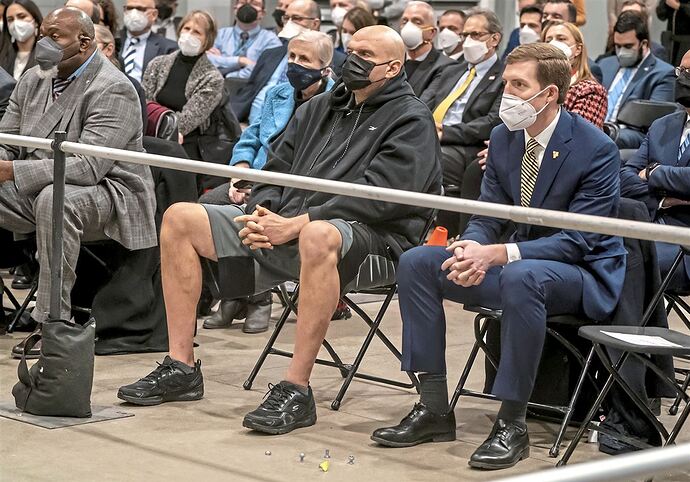 After unifying behind one ticket for governor, the Pennsylvania Democratic Committee opted to sit out of the high-profile race for U.S. Senate, failing... 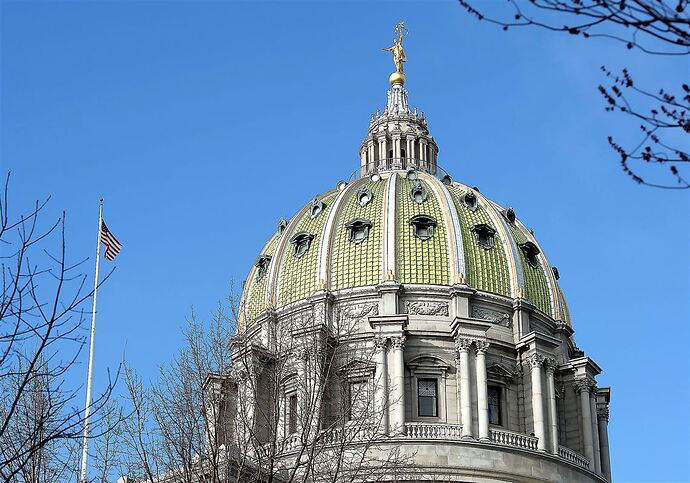 The vote in Lancaster by members of the GOP state committee left the jumbled Republican primaries as wide open as ever, with more than a dozen vying for the gubernatorial nomination and more than six running for Senate.

On the R side looks like Oz is not gaining any traction and McCormick is getting hot. Carla Sands is still my pick and having to spend her own funds to hang in there. 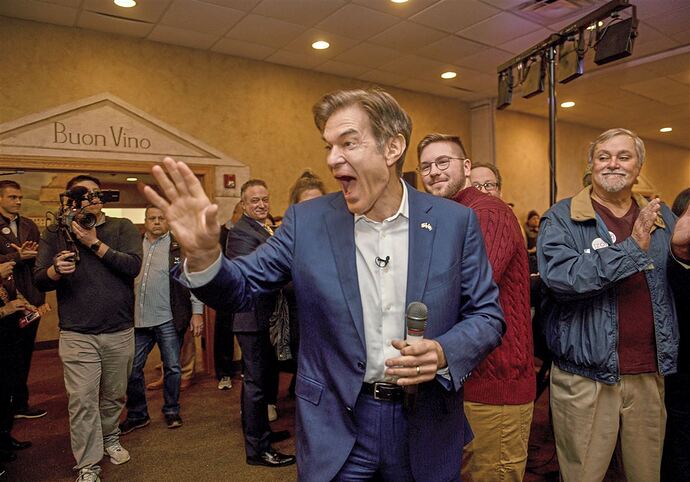 Camp Hill? Where the prison is?

If Dr. Oz gets nominated it’s already over. A carpet bagger from Cleveland against John Fetterman? The dude who graduated Harvard and came back to be mayor of one of the worst parts of Pittsburgh where he grew up?

OZ doesn’t have a chance. He is throwing his money away.

What do they say? It’s only money.

This AD is hilarious and well done. OZ doesn’t have a chance. He is throwing his money away.

What do they say? It’s only money.

This AD is hilarious and well done.

It’s kind of crazy how deeply this man misread Pennsylvania politics. He doesn’t have a prayer. Fetterman would just windmill dunk on him for six months.

It’s kind of impressive the number of absolute monsters Oprah has unleashed on society.

Fetterman is going to have an epic battle with Lamb.

This race will be interesting all across the board.

Plus…Carla Sands is as cute as can be. Savvy woman also.

OZ leading in scant polls? I am dubious still worth reporting.

His rivals boast about endorsements while Dr. Oz generated coverage by challenging Dr. Anthony Fauci to a televised debate.

“Doctor to doctor,” he said.

And while rivals committed to candidate forums, he skipped them. Dr. Oz instead found time for bigger stages: getting a star on the Hollywood Walk of Fame and speaking at this week’s Conservative Political Action Conference in Florida.

By all accounts, Dr. Oz is leading polls, although public polling is scant and the rest is internal campaign polling.

He is also wealthy.

Exactly how wealthy is not clear, since he requested an extension to file a financial disclosure statement to the Senate.

But Dr. Oz, 61, told Sunday’s audience that he put $10 million of his own money into a race that features a multi-million-dollar TV smackdown between him, former hedge fund CEO David McCormick and a McCormick-aligned super PAC that is fueled by Wall Street cash. 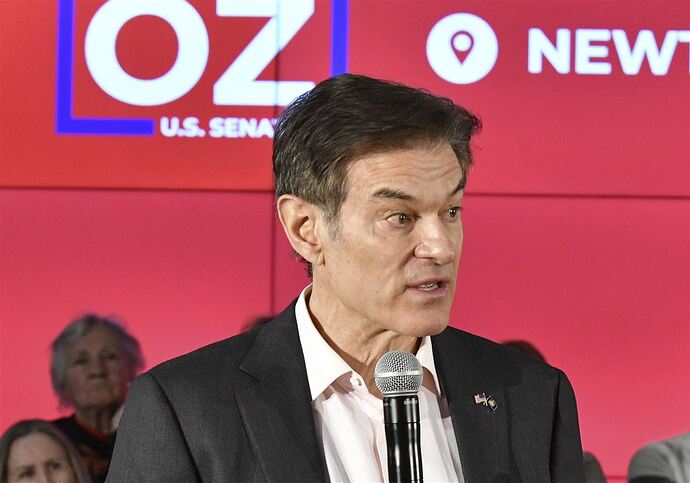 No notes, same logo: Dr. Oz's campaign is like his TV show

Oz is, at least in part, relying on his celebrity and comfort speaking to people extemporaneously to help distinguish himself from his Republican competitors.

On the Dem side the lack of a woke front runner is upsetting to some.

Another challenge is a potential disconnect between some Democrats’ enthusiasm for him and their assumptions about who can win in November — his so-called electability. Pennsylvania is older and whiter than most states, but its electorate has become younger and more diverse over the last decade.

Pennsylvania has never had a senator or governor who is Black or a woman. In more than a dozen interviews with Kenyatta supporters and neutral observers, there was an undercurrent of frustration that the party could nominate two straight white men for Senate and governor. 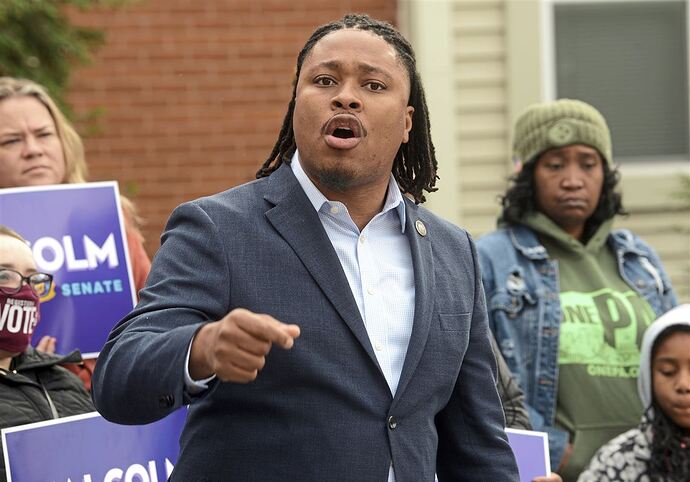 Malcolm Kenyatta is tired of being told a Black gay man from North Philly...

PHILADELPHIA — Malcolm Kenyatta asks a version of the same question in almost every campaign speech: “Do you want someone who says, ‘Vote...

Sands and oz are both carpetbaggers. 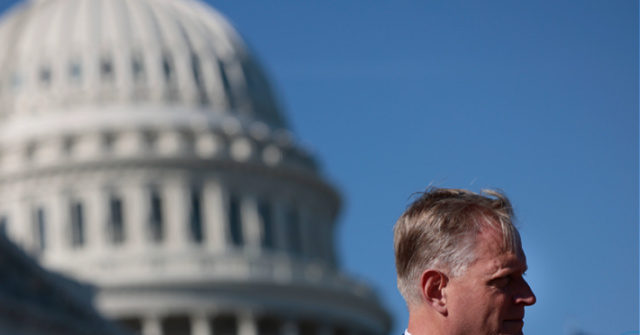 Rep. Keller announced he will not seek reelection due to the redistricting map recently approved by “the liberal Pennsylvania Supreme Court.”

Yep. Democrats got a map even better than they were hoping for. Slam dunk they’ll gain several seats.