Hatch’s comments come hours after Feinstein blasted the planned hearings; writing “Scheduling a hearing for controversial nominees during a recess when members are unable to attend is unprecedented and further demonstrates Republican efforts to pack the courts.”

“Senate Democrats have sent a letter complaining that they were ‘not consulted’ about a hearing that not only had the ranking member agreed to… but they had specifically agreed to ‘not to object to the timing of hearings scheduled,’” fired-back Hatch. 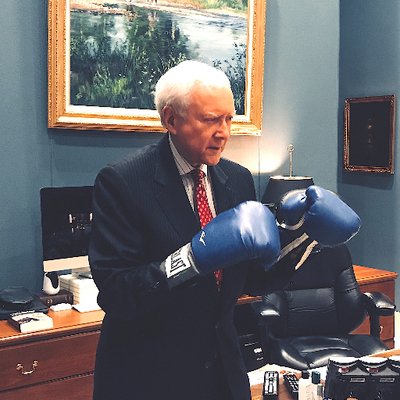 On Democrats request for a another delay for hearings: “It's unfair to the nominees, who have already flown to Washington, D.C. and made travel arrangements for their families, to further delay this hearing. And it's unfair to the American people.” judiciary.senate.gov/imo/media/doc/…

Chair of the Senate Judiciary Committee Chuck Grassley unveiled his party’s plan last week to confirm upwards of 40 federal judges before the 2018 midterm elections; setting the stage for an all-out confirmation battle weeks before American voters head to the polls.