The world is turned upside down: the press says President Donald Trump was telling the truth when he said on Twitter that he declassified all "Russia Hoax" documents, while the Department of Justice argues in court that the president of the United...

go buzzfeed. Do it! Trump keeps saying that there is all this evidence about the russian “hoax” and he tweeted that he “Fully Authorized teh total declassification of any and all documents pertaining…to the Russia Hoax”

As we know by now, the President can instantly declassifiy anything he wants. No formal proccess needed.
He has often claimed that the entir Muller Investagation was all part of the “Russian Hoax”. And now he has stated that he autherized the declassification, WITHOUT redactions, of ALL documents related to the Russian Hoax.

So Buzzfeed is taking Trump at his word that everything has been declassified! No redactions!

Why aren’t the right wingies out there demanding the unredacted documents? Lol no I don’t they desperately really don’t want anything declassified or unredacted.

They are being super quiet…

I loved this article. 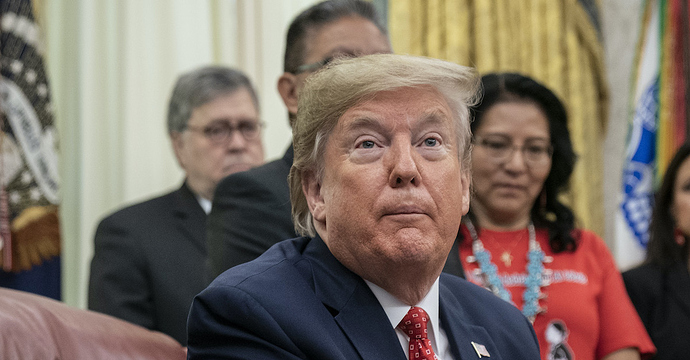 The Department of Justice was placed in the awkward position of having to argue that President Donald Trump was not telling the truth when he told his supporters and the world that he had declassified “any and all” documents related to the federal...

liberate it! liberate the report!

Where’s all the documents, conz? Where are they?

You would think that since our favorite president him declassified and no redacted all the Russia Hoax and hillary email documents that the conz would be celebrating and happily starting threads about them.

Trump’s out talking right now and he hasn’t given up.

Trump’s out talking right now and he hasn’t given up.

“Zuzu’s petals! Zuzu’s…THERE THEY ARE!”

Maybe and I would say probably but no one knows how someone will vote when that curtain is closed behind them and there is no shame or blame as one does it anonymously.

We often discuss how unpopular the president is which is true, but the media and congress especially are like twice as unpopular. I don’t think Trump will win, but I do think the GOP holds on to the senate but barely. One should hope the GOP keeps the senate I don’t like when either party gets full control personally.

While I know people think there is a hidden trump vote out there, I’m seeing the opposite.

Last week my mother in law told me she is voting Biden but not to tell anyone cause her husband and her sister would kill her as they are big Trumpers.

The very next day her sister was talking to my wife and said “Don’t Tell your mom, but I’m voting Biden. Enough is enough”

They both live in rual PA