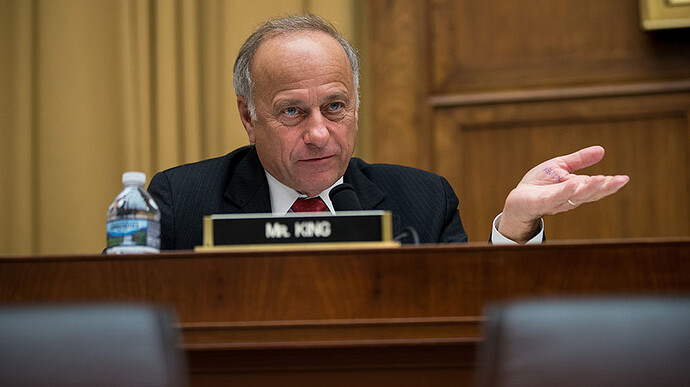 “'Seeds.'Out of the minority of seats they have in Congress, the GOP allowed a white supremacist to represent ~700,000 people.,” Ocasio-Cortez tweeted, referring to King. She was citing an opinion piece in The Washington Post titled, “The GOP must stamp out the seeds of hatred before it’s too late.”

“Republicans won’t even censure him,” she continued. “They also protect a president who can’t bring himself to condemn neo-Nazis. Those aren’t seeds. They’re redwoods.”

Her comments come just days after King questioned why terms like “white nationalist” and “white supremacist” became offensive in an interview with The New York Times."

Hey. You gotta give her credit for dropping the political correctness and just telling it like it is.

She is wrong about one thing. They didn’t allow him to be elected. Americans elected him on purpose. In his state.

Well, there’s a video of her DANCING that was leaked after it had been on Youtube for eight years!

Good on her. The dude should be a constant anchor around the GOP Congress that they support a white supremacist as one of their members. They can’t even censure him, let alone not let him be seated. The House does have the power to expel one of their members- but of course that won’t gappen because many of them tacitly support his views.

Since King subsequently recanted that statement and the implied meaning, there is no basis for a censure. He wont be censured but his impact with other Congressmen and influence in the party will be limited. Politicians who mess up like that don’t tend to do it on a one time basis and he wont be trusted.

Wait…I was told that only right wing media cared about Ocasio-Cortez, the socialist extremist now representing a major part of the Democrat party.

Steve King says he didn’t say what he said a few days ago? That he’s sorry if his words offended anyone? Please, explain, you’re really good at this sort of thing.

You didn’t even accurately restate what I just said. Check the dictionary definition of “recant”.

As to what he said subsequently on the subject, if you care enough to wonder, look it up yourself.

Since King subsequently recanted that statement and the implied meaning, there is no basis for a censure.

Yeah if that was a random one-off sure. But the dude has history- I’m sure you know about it. It wasn’t just an odd statement by someone who isn’t obviously racist. He has repeatedly made racist statements: here’s a refresher article on it… 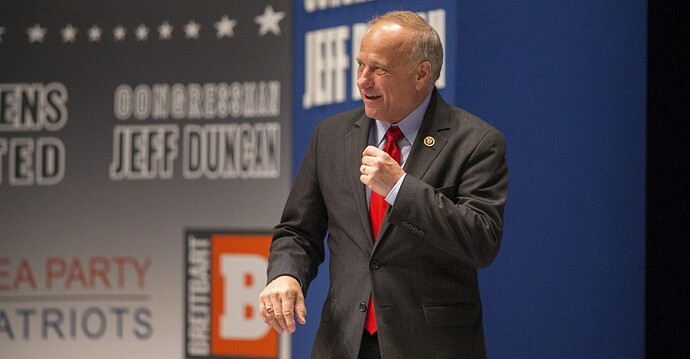 Steve King: 'We Can't Restore Our Civilization With Somebody Else's Babies'

Leading Republicans used to be able to write the Iowan off as an extremist outsider. He’s still an extremist, but it’s harder to see him as an outsider in the age of Trump.

The dude should be expelled from Congress. But he won’t- so he’ll instead represent the GOP.

Ocasio-Cortez called out Darling of the Republican Party Steve King?

Oddly, I do not follow the wonderful political world of Steve King. I do remember the RNC and major Republicans would not support him in the last election.

You didn’t even accurately restate what I just said. Check the dictionary definition of “recant”.

It was a question. Did you see the question marks? I’m wondering what your interpretation of “recant” is in this context, since you used the word. That’s why I asked you, since you took the time to apparently defend King here on this forum.

As to what he said subsequently on the subject, if you care enough to wonder, look it up yourself.

I’m not wondering what he said, I’m wondering about the details of the interpretation and defense of King that you’re offering. Since you’re here defending him, and characterizing his later comments, without actually quoting him.

I don’t know the other thread you’re referring to, haven’t read it. You came to King’s defense in this thread. If you didn’t want to discuss it here, maybe you shouldn’t have brought it up here.

All you have to do is type “Steve King recants statement” in a search engine and you will have your fill of what he said. I just did but if it matters to you, do it yourself.

A search of those words doesn’t bring up anything. What you’re trying to do equate “recants” with “someone printed what he said in totality” as if those are the same thing.

What search engine do you use, anyway?

Oddly, I do not follow the wonderful political world of Steve King. I do remember the RNC and major Republicans would not support him in the last election.

Not supporting is different from censuring and expulsion. It’s essentially tacit support. But hey we have a trump in office so this is par for the course for the GOP Congress.

Withdrawing all support is not tacit support.

What search engine do you use, anyway?

The thing is… I don’t believe him.

He is on the record enough saying things to the contrary that I am more prone to believe that his statement is because he has finally been called out for his views rather than some real introspection.

That’s exactly what I got when I searched. Which of those links says “recant?”

Trumpers have a very low bar when it comes to believing someone from their own party even if that individual lies constantly.