THE PROPOSED TRUMP TOWER PROJECT IN MOSCOW, according to Mueller’s report, originated with an FBI Informant–Felix Sater

Papadopolous was targeted by British and U.S. intelligence starting in late December 2015, when he is offered out of the blue a job with the London Centre of International Law and Practice Limited (LCILP)

The Democrat Politicians have been Projecting things upon Trump, as soon
as Hillary lost the Presidency. They had to cover up their tracks.

They had everything ready, and bought and paid for, just incase she did lose.
They stacked the FBI with Liberals at the very top.

By the way, I told ya’ll on here that Democrat Politicians colluded with Russia.
Now Conservatives, Conservative Media, and Trumps team are going to expose the truth about it more and more, over time. 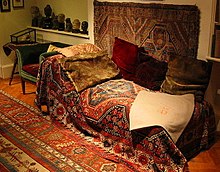 Psychological projection is a defense mechanism in which the ego defends itself against unconscious impulses or qualities (both positive and negative) by denying their existence in themselves and attributing them to others. For example, a bully may project his or her own feelings of vulnerability onto the target, or a person who is confused may project feelings of confusion and inadequacy onto other people. Projection incorporates blame shifting and can manifest as shame dumping. Projection has...