The Justice Department on Thursday released more than 350 pages of FBI memos from key witness interviews in the special counsel investigation into Russian interference in the 2016 US presidential election, following a Freedom of Information Act...

Trump wanted to fire Comey because of russia

Trump jr wanted Info on hillary from the russians. Or he sought out to collude.

It’s interesting with this and the new emails about Ukraine just how much trump wanted to hide from us.

Better call bob gave us all the information we needed (2 1/2 years too late).

It was a nothing burger. Still is.

Just validated what we already knew… Trump is corrupt.

It was a nothing burger. Still is.

Nothingburger with a side of impeach? 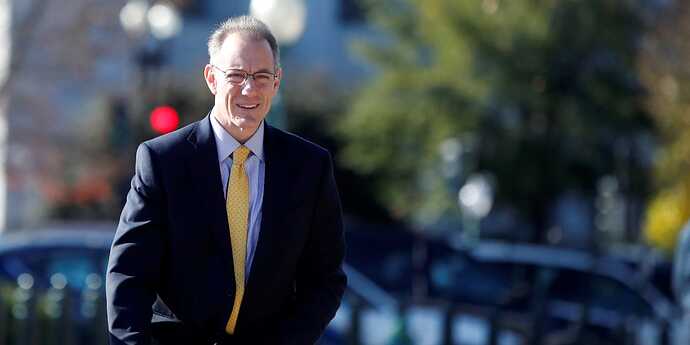 Explosive new documents reveal the lengths to which the Justice Department...

The Justice Department redacted explosive emails that show how concerned the Pentagon was about Trump's decision to freeze Ukraine's military aid.

“For weeks, officials at the Office of Management and Budget ignored warnings from the Department of Defense that placing a hold on a congressionally appropriated $391 million military-aid package to Ukraine violated the law, according to new unredacted emails obtained by Just Security and published Thursday.”

Most of the craziest collusion conspiracy hoaxers don’t even care anymore.

With all the goobermint workers in all their little cubicles typing away on their gubmint issued computers surely there’s more dumping coming?

I get so tired of re-runs.

Seems like a waste of time to watch the same episode or movie more than once…maybe twice if you missed some of it.

I always considered people who watch the same thing over and over to have sadly poor memory function.

Damn…how did all those highly paid Dem lawyers miss all of this very important stuff?

Answer…they didn’t and there’s nothing there. How long, will the left regurgitate and chew this cud of a nothing burger?

They didn’t miss it, you just didn’t care.

They didn’t miss it, you just didn’t care.

Maybe…he didn’t “intend” to break any laws and “we” now know, if so…no prosecutor would dare try this case.

A court ordered dumping? A probiotic.might help.
Cmon, find the humor. You know you liked it.

You got a groan

Actually he kinda did intend to.

A President abusing the powers of his office is cool.