Netanyahu To Be Indicted 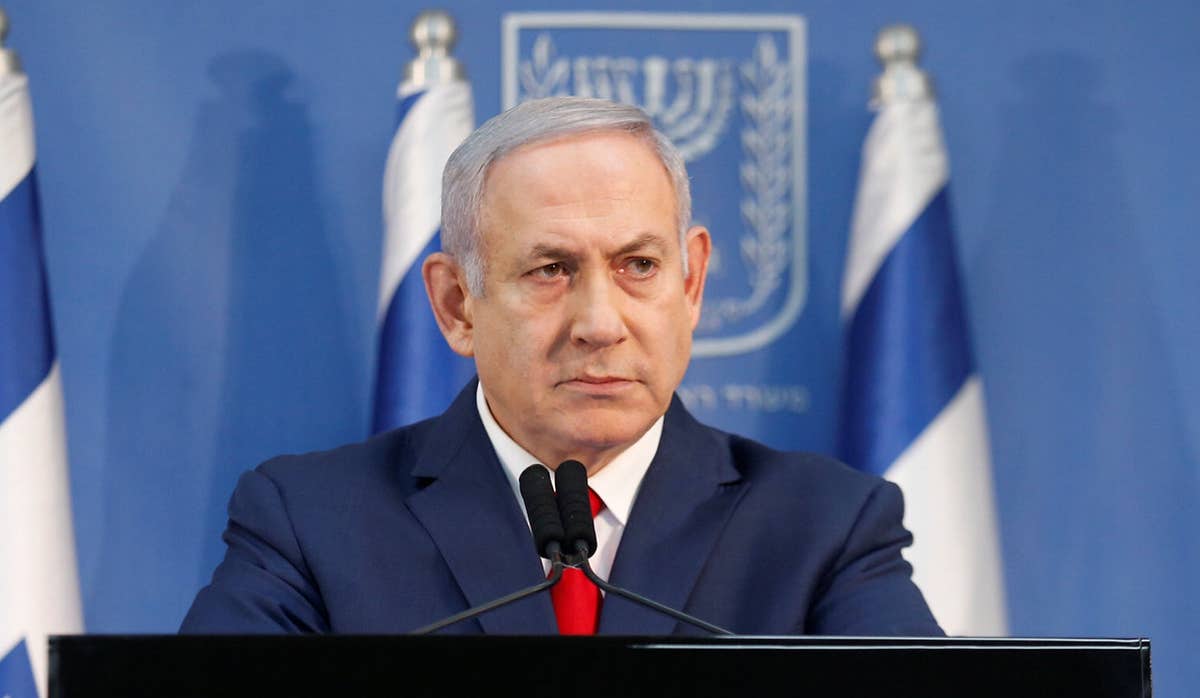 Netanyahu to be charged with bribery pending hearing

Bribery, Fraud, Breach of Trust. Natanyahu has proved himself a corrupt warmonger, and deserves everything he has coming.

Now it’s our turn to deal with our problem.

What a way for Trump to end his big day. I wonder what happens now with “the deal of the century”?

Even some ardent supporters are starting to get queasy after his desperate alliance with Jewish Power.

Even some ardent supporters are starting to get queasy after his desperate alliance with Jewish Power.

Yeah… when one has to align oneself with the far far far right in order to keep a coalition… it is time to go.

Even AIPAC was alarmed by it.

Trump gives a nod and a wink to the racists.

So the Isreali AG is an anti-semite?

I think Bibi will become part of Trump’s cabinet in some fashion.

This is excellent news. Bibi is garbage and will hopefully spend some time in prison reflecting on his misdeeds.

He’s always been human scum, so it’s nice to see some action being taken to remove him from play.

If there’s proof that Bibi has been breaking the law’s of his nation, then he needs to be held accountable, and the accusations have been piling up for some time now. Seems like some very “standard” corruption going on.

I hope those in the right-wing media who have supported him for so many years will have the integrity to condemn him, IF FOUND GUILTY, with the same zeal they have praised him.