Here’s a hint: guess before May 1. Due to global warming it’s getting earlier than in the past. Even @Samm cant deny this chart.

It’s not the “global warming” that scares the left. It’s having to sweat.

When the 2nd derivative goes positive, the thaw date will start to be later in the year.

When the 2nd derivative goes positive

The reality is that, in a predictably ungrateful fashion, people afraid to glisten would rather complain about the fact that the climate is going to change in spite of us (like it always has), instead of being thankful for having lived during the longest period of stable climate on record since the genesis of our species. All they do is whine and cry, never grateful for anything except the next opportunity to bitch.

The climate has rapidly cooled and warmed over 20°F several times over the last ~435,000 years of our time here on Earth, and here we are, top of the food chain, last of the many human species to live here.

We even survived the single largest mammalian extinction event in the last 2-3 million years (12,000 years ago).

Folks, the universe doesn’t give a ■■■■ about you. Stop pretending like it ought to.

Your last sentence is puzzling.

Certainly folks who think AGW is a thing do not believe the universe cares about them.

That’s why they’re stating humans need to do something.

Sure sounds more like they’re stating humans “need to do something” because they blame humans for the climate that’s been changing wildly since before we even got here.

CentGov forbid they should ever just be happy with the extremely stable climate we’ve all grown up in.

Here’s a hint: guess before May 1. Due to global warming it’s getting earlier than in the past.

Even @Samm cant deny this chart.

But as usual, you pick one miniscule data source to pretend that it verifies your position. Yes, indeed, the average annual temperature of much of Alaska has increased statistically significantly over the last 50 years (most of which occurred very quickly in the mid 70s due to a particularly strong Pacific Multidecadal Oscillation.) But the date that the ice goes out in Nenana is far more complex than temperature. I could bore everyone with the details, but the breakup date is far more dependent on snow depth, what time winter the snow accumulates and how quickly the snow melts in the spring. The ice doesn’t melt, it is carried out by rising water level from runoff.

They do that in California.

What concerns me is that China and other countries produces much more pollution than the U.S. The U.S would have very miniscule effect and we as a nation are already doing very well with being “green.” Many cities now recycle, and it is convenient. It is not just CO2, but lead and other pollutants that are the culprits.

Global warming- I’ve heard educated, well-versed views on both sides. In Ecology our instructor and a guest speaker did well with explaining the lead poisoning with- I believe it was- Lake Tenkiller. The mines, especially in Picher, that were once booming during the height of WWII are now oozing radiation caused by radioactive Zinc and Lead. It is an issue with rivers and lakes in Oklahoma.

As some may know, Picher is designated as a wasteland by the U.S govt. Many people have evacuated. There are officers who patrol for lingerers and trespassers. Furthermore, the few locals- I’m guessing gangs make up this population- will chase you out if they see you.

I don’t think electric cars are the way to go, and the green new deal is a terrible idea. I think that people need to focus more on other types of pollutants that are damaging the atmosphere and people need to take better care of the environment.

They do that in California.

No offense here but I’m not aware of anyone that disagrees that climate change is happening. What I disagree with is the idea that it’s human activity causing it and that if we only place another tax on Americans, we can fix it. If you zoom out to the chart covering millions of years, it’s pretty damn clear to me that we’re insignificant. If you go back to ~450MM years ago, you’ll see an ice age where CO2 is estimated at 4500 PPM. If you go back 600MM years, over 90% of the planet’s history is warmer than today.

From my perspective, yes, climate is changing. It always changes. Trying to get me to pay for CO2 emissions and trying to guilt me into “green” technology is just silly. I believe in controlling pollution but I don’t consider CO2 to be a pollutant. I also know that if we ended oil use tomorrow, billions of people would starve to death and without energy, our quality of life for those that didn’t die of starvation would go down in a hurry.

No offense here but I’m not aware of anyone that disagrees that climate change is happening.

Following the ever changing tune of out former POTUS. 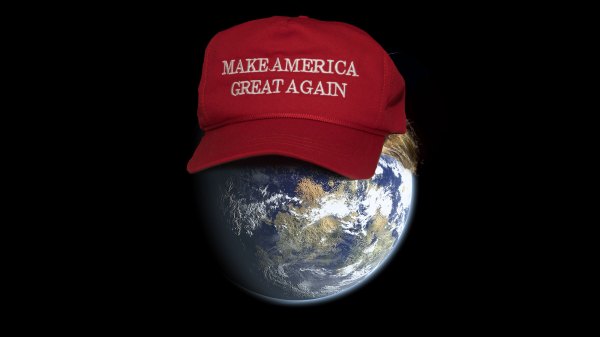 Every insane thing Donald Trump has said about global warming

Well, most of them, anyway!

He’s all things to all people.

You’ll have to excuse me if I don’t waste my time reading Mother Jones.

Man made climate change is just garbage. This idea that 80%+ of the planet’s history is warmer than today, yet I’m supposed to worry about warming is just silly. This idea that we’ve had ice ages with CO2 levels 10X what they are today, yet I’m supposed to be terrified at CO2 emissions is just silly. This idea that we can solve this with a TAX on Americans is just like every other “solution” handed to us by politicians in the past 5+ decades is just silly. If global warming was such a dire issue, the true believers wouldn’t be flying around in private jets and buying houses on the beach. I think a lot of people have been sucked into believing it but that doesn’t make it a real issue.

You’ll have to excuse me if I don’t waste my time reading Mother Jones.

Lol. The article quotes trump accurately. Over his lifetime.

I know exactly why you don’t want accuracy about what our former POTUS has said. 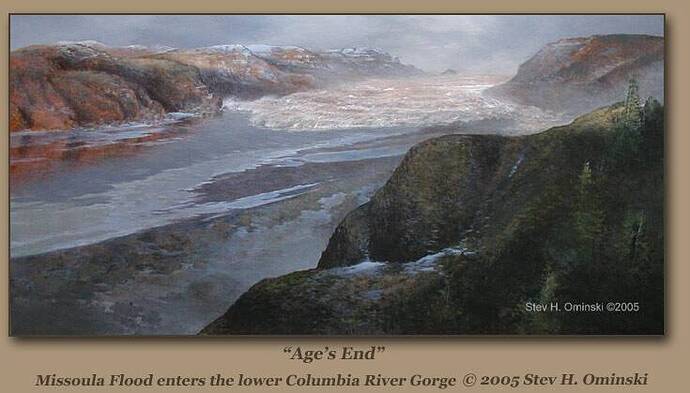 Two things. Mother Jones is just a waste of time. Second, why on earth would I care about what Trump said about this? I don’t have the ability to make up my own mind?

Anyone post or uses Mother Jones can’t and shouldn’t be taken serious.

Well, that and someone that points to a politician to try to dispute the fact that the temperature has been warmer 80% of the planet’s history and that CO2 has been higher in previous Ice Ages. To be honest, I’ve been on other forums and seen people like that… What, you don’t believe Trump? Um… NO. I don’t let others do my thinking for me…

Full disclosure though, I did vote for Trump against Hillary as he was the lesser of two evils at that point. Then I was surprised by how conservative Trump actually was, aside from the budget. I know there was a lot of Covid spending because that was a mess and government had to fix what it broke, but even prior to that I wasn’t really that happy with our spending. I wanted some budgets vetoed. If it’s Trump .vs Biden or Harris in 2024, I’ll definitely vote for Trump, though I’d prefer a DeSantis type. Not quite as abrasive.