What a game. Ex-Dodger breaks their hearts with a grand slam. Wow!!

outch that hurts to watch.

outch that hurts to watch.

Not for a Giants fan.

And even better … Clayton Kershaw let them tie the game by giving up back-to-back dingers.

That was a great game indeed!!! I’m a Giants fan first, but now live in the Northern Virginia area, I’ve lived for a while, and the Nats are my second team. I do like them, and it was a great finish. Now, personally I think Kershaw is a top of the mark Hall of Fame pitcher, probablly the best pitcher in these last 10 years, he has shut down the Giants year after year, and I think a great guy, but he has been the biggest choker come post season. I had a weird pleasure seeing his head hanging after giving up those two home runs. Roberts misuse of pitchers has led to them not winning the World Series before, and them not advancing this year. It would be nice if the Nationals can win the whole thing. They had a recent history of choking, (blowing a lead against LA in 2016 I think), in game 5 against St. Louis in 2012, where they were up 5-0 against the Cards in the 5th inning I think, and they blew it. They can avenge their past defeats against these same teams and reach the World Series. Their 4 starting pitchers is the best rotation I think, and it would be nice for them to go the whole way.

I hate the Dodgers. 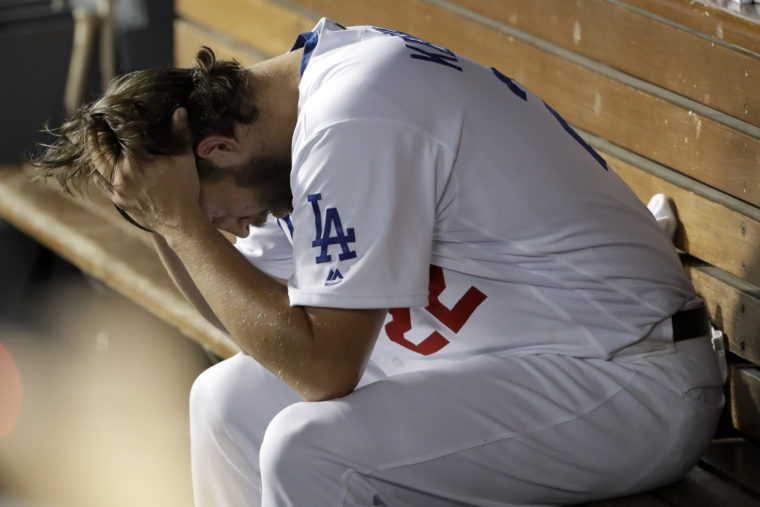 Kershaw’s reaction on the mound after giving up the second home run (from screen capture).