VidAngel, a streaming service that lets family audiences watch Hollywood films and skip past the sex and violence was today hit with a $62.4 million judgment in a lawsuit filed by Warner Bros., Fox and Disney for not having permission to run the films. According to Variety, the service used DVD copies of movies then filtered out the content. Variety said this could be the death knell for the service, which is already has filed for bankruptcy. The company plans to appeal.

This was a dangerous idea from the get-go. What made them think they could get away with using altered copies of the movies without permission, especially from those three companies? 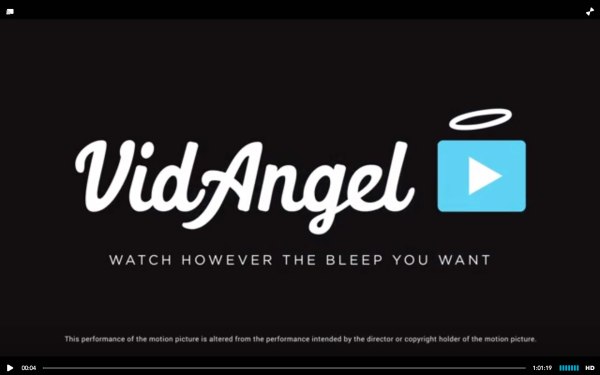 A jury on Monday ordered VidAngel to pay $62.4 million to Disney, Fox, and Warner Bros. for streaming hundreds of movies on its service without permission. The verdict is potentially a death blow t…

If those movie companies are smart, they’ll fill that niche themselves and make money off it.

They won’t for several reasons. Mostly because it would tick off writers and actors and also legitimize censorship.

That niche already exist pretty much every streaming service has a family version that limit the number of film to those acceptable for children.

and you can easily fast-forward yourself.

They won’t for several reasons. Mostly because it would tick off writers and actors and also legitimize censorship.

So no violence free edition of John Wick 3?

how will my young christian children watch breaking bad now.

That niche already exist pretty much every streaming service has a family version that limit the number of film to those acceptable for children.

and you can easily fast-forward yourself.

True, although these guys were copping films from other streaming services on top of everything else.

If you say so. Disney already made a family friendly version of Deadpool 2.

Are you telling me they made a Bambi movie where momma doe went off peacefully into deer heaven?

Cable is dying. Streaming and youtube will end nearly end it. If you stream a show or watch youtube your cost in commercials is much lower. How many insurance or drug ads do they think we will watch!.

I think this was due to a few reasons.

Deadpool was REALLY popular, but there was a lot of confusion when it released because most people thought “hey, new hero movie” and didn’t take notice that it was VERY VERY VERY R-rated.

MOST hero movies were generally friendly for families, and Deadpool was one of the first that was VERY not family friendly. I think that character was popular enough to warrant doing a few extra shoots in order to make the movie a little less obscene.

Oh the whole, I just don’t think it’s worth the $$ for most studios or distributors to deal with the rigmarole of making that happen en masse for films.

Most studios/directors/actors/writers/producers would likely agree that, with a handful of exceptions like Deadpool, there’s not really a major gain to be had putting out a bunch of alternate versions of films for the sake of being family friendly.