Move the Florida capital to Orlando? One state senator wants to study the idea 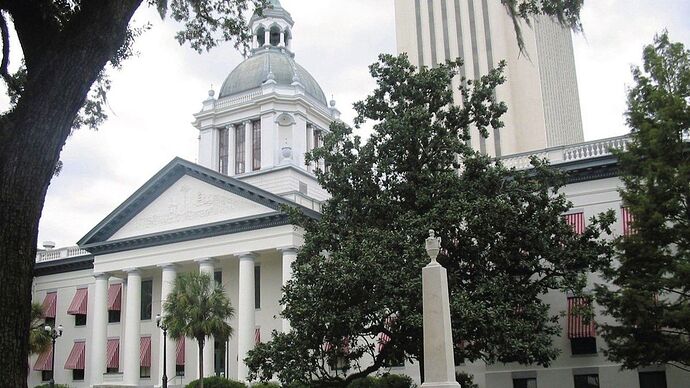 Move the Florida capital to Orlando? One state senator wants to study the idea

State Sen. Kevin Rader wants Florida to look into the idea of moving the state capital from Tallahassee to Orlando, introducing a bill this week that would study the costs and impact of moving the capital 259 miles down the road.

No, its never going to happen. The Florida State Capitol will be staying in Tallahassee where it belongs. And moving it Orlando is an even worse idea than many of the other proposals of both the recent and long past.

Orlando is struggling to keep up with its current growth and is currently in the middle of a major upgrade of Interstate 4 and many other infrastructure upgrades. The last thing it needs is more growth, particularly growth that would be concentrated in the downtown and older inner city neighborhoods. Orlando would be a horrible location.

Yes, Tallahassee is remote from the center of population of Florida, but this is 2019, and Florida has a part time legislature that meets only two months out of the year, so travel back and forth by legislators is limited. Modern technology limits the need for people to physically travel to the Capitol to transact business.

And moving the Capitol out of Tallahassee would devastate Tallahassee and Leon County. Florida State University and FAMU, while substantial institutions, are not nearly capable of sustaining Tallahassee, if the Capitol and all its work force suddenly disappeared.

The Capitol is not moving and people need to stop wasting time by repeatedly bringing up this idea which has been rejected time and time again, most notable in 1967 when the modern Capitol Building was built in response to an attempt to move the Capitol.

Senator Rader is STILL pushing this nonsense. He has pre-filed a bill for the 2020 legislative session.

The Capital should stay in Tallahassee where it belongs.

It doesn’t need to move to Jacksonville, Gainesville, Ocala, Tampa, St. Petersburg and particularly not to already overcrowded Orlando.

This nonsense needs to be pigeonholed in committee.

Yes, it is inconvenient for south Florida legislators to travel to Tallahassee.

It would be devastating to Tallahassee residents to lose the Capital.

No good reason to even study this, let alone actually do it.

But then it’s a shorter commute to Disney!! /sarcasm

The only way to fix traffic problems on interstate 4 is to get rid of traffic. The volume is so great that no amount of upgrades will fix it. And 800 people a day are moving to Florida.

Yeah, it isn’t the 19th century. . People aren’t living in log cabins anymore and can move to a new capital every 7 years.

They’d have to remake Zombieland.