After sixty plus year it looks like we’re really very near the end of the Korean War and the Kim’s decades long quest to use nuclear blackmail to force the US and rest of the world to accept Korean reunification by force under the leadership of the Kim’s.

The dismantling is expected to take place between May 23 and May 25, with journalists from the U.S., South Korea, China, the U.K. and Russia invited to attend, according to media reports citing North Korean state news agency KCNA on Saturday. The report said Pyongyang is undergoing “technical measures” to get the testing site ready to take apart.

Inviting foreign press to join local press would allow for “conduct on-the-spot coverage to show a transparent manner the dismantlement of the northern nuclear test ground,” the state news agency said, according to reports. 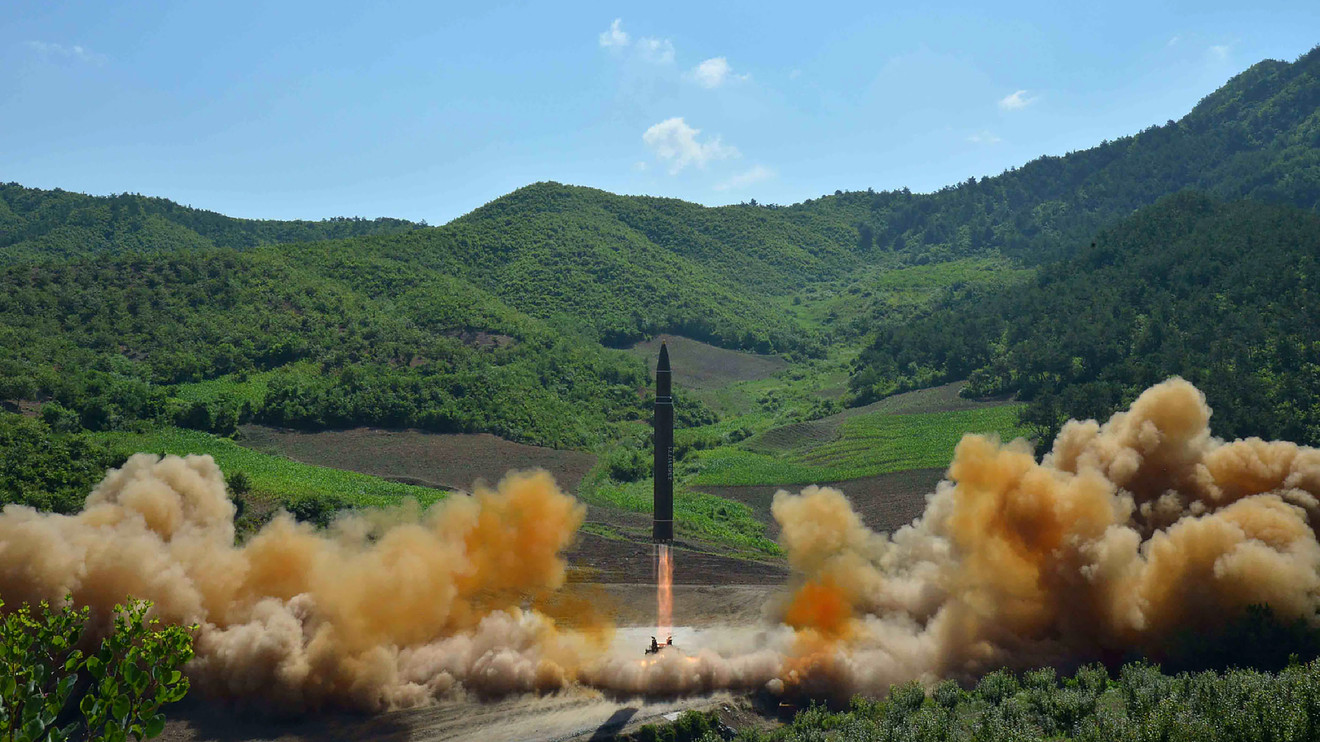 Pyongyang is undergoing “technical measures” to get the testing site ready for dismantling, the North Korean state news agency reported Saturday, according...

According to Popeo he has made it completely clear to Kim that a completely denuclearization of the peninsula is the starting point for negotiations, not the end point. He also makes it very clear than any deals made will require unfettered access by inspectors for verification.

The U.S. is ready to allow investments in North Korea once it has verifiable proof of the Asian nation’s denuclearization, two of President Donald Trump’s top national security officials said.

“We’re prepared to open the trade and investment with North Korea as soon as we can,” National Security Adviser John Bolton said on ABC’s “This Week,” one of two appearances on Sunday political shows.

Secretary of State Mike Pompeo went further in an interview on CBS. He talked of the potential for U.S. investment in the North Asian nation from America’s “entrepreneurs, our risk takers, our capital providers” to help North Korea’s people “get the opportunity that they so richly deserve.”

Before any such benefits flow, though, Bolton and Pompeo said the U.S. must have proof that the denuclearization process is complete, verifiable, and irreversible.

These are truly historic times. A lot could go wrong between now and the summit and there’s no absolutely guarantee the summit will be successful but if it is, this may well be the biggest US foreign policy achievement since the end of the The Cold War.

So what will be done to keep this from being the biggest story in the media for the next couple of months? Will the Big 3 and their cohorts over at MSNBC and CNN start a “drag out a trollop a day” campaign?

Mueller’s probe also appears to be almost complete and in serious trouble as well so they’re going to have to invent a new scandal I guess.

Thoughts, Prayers, and keep your fingers crossed we’re a step or two away from making history!

Yeah man…“we” are in very, very cool times right now. I wish so many of my fellow Americans could take off their blinders of hate and see the light of these historic times.

Leave your brain out of this…

Yep, setting off the hydrogen bomb appears to have broken the test site beyond usability.

And there’s also the fact that further testing is somewhat unnecessary when they already demonstrated they can make hydrogen bombs.

So, rather than start over, they are coming to the table.

Good way of looking at it.

So, rather than start over, they are coming to the table.

Start over? They finished.

As a comparison, Pakistan detonated 6 nukes. Then it was done. India also stopped with it’s 6th.

I get the feeling when Trump and Kim have their meeting their will be a peace treaty signing.

Longest war…and yes technically we remain in a state of war with NK will be over.

And that is going to upset lot of libs.

You probably get alot of feelings that can be alleviated with antacid or a laxative.

Leave his brain out of it? Why would he want to become a conservative Trump supporter?

It’s good to see you made it.

According to whom exactly? the US detonated literally hundreds of nukes in testing during the forties, fifties, and sixties.

Spend some time on google earth looking just at the Nevada test range.

On the list of baseless assertions made lately, that’s pretty high.

By all means, post the pictures from your visit.