Talk to wonderingrover, he brought her up. And like I said, with the crop dusting of candidates you have before you in the Democratic Party, you’ll probably wish she were.

Actually, it was Smyrna that brought her up - I was responding to his post there. I actually voted 3rd party in 2016.

And Donald Trump is supposed to be a ray of sunshine in this scenario? LOL!

The issue with these polls is that if they are national they really are pointless. You need to focus on the swing states…where he is still down in approval but you need to see what voters are going to do.

until he loses the pop-ya-lerrr vote then swing states dont mean ■■■■ huh?

You’re right, he did bring her up. And I agree that she was an unattractive candidate. But your still at the pound, and you gotta choose one of these mutts.

Camp I will add that as bad Scott Morrison is as PM (and hopefully he will be ex-PM on 18/05/2019) we will never be saddled with such an appalling individual as the likes of Donald Trump. Australians as a collective would never allow it.

Good of you to admit the American Rupert Murdoch’s media outlets are trying to get Trump re-elected in 2020.

should be a great matchup.

I sincerely hope that you are speaking of Clinton’s policies as unattractive TO YOU.

First of all, its way too early in the campaign to determine who is strong and who will go by the wayside. Of course Trump supporters are going to brush off all Democrat challengers as weak or terrible or whatever. If I remember correctly, when Carly Fiorina made a “splash” during the first debate, Republicans fawned all over her. Where did she go? No where.

Secondly - Democrats do not want Hillary to run again. Only Trump supporters. Its getting boring to keep bringing her up. I know, I know. Sean and other AM radio personalities are still blathering on about how much of a criminal Hillary is. The vision of her running sends tingles down Republicans legs.

Nah, I can call them all haggard old pieces of ■■■■■ You guys do it on the daily here in reference to Trump. It’s cool that I chime in on your Cold War relics from the side that lost.

Hillary’s not running. But make no mistake, the candidates from the left are no more appealing policy wise. In fact, Hillary was probably more of a centrist than anyone other than Creepy Joe.

Had Trump sent down resources to help the understaffed border agents?

Donald Trump is garbage. He has manufactured a national emergency. And after declaring as such, he hasn’t done anything to stop the emergency. He’s a blowhard.

Few other centerists running as well.

The number of people who want to make America great.

Yeah, I laugh at creepy Joe too. Throw up a little in my mouth, and laugh some more. 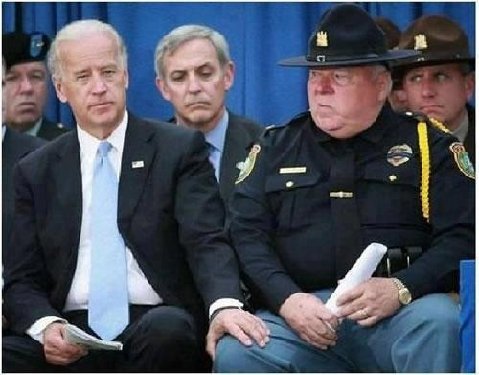 Nah, I can call them all haggard old pieces of ■■■■■ You guys do it on the daily here in reference to Trump. It’s cool that I chime in on your Cold War relics from the side that lost.

Go nuts, no one is stopping you.

Hillary’s not running. But make no mistake, the candidates from the left are no more appealing policy wise. In fact, Hillary was probably more of a centrist than anyone other than Creepy Joe.

I’ve listened to several speak at townhalls hosted by CNN. There’s just too many candidates for one to stick out. Joe Biden is getting press because he just entered and he has a record. He has worked with a lot more national policies when he was VP. The other candidates doesn’t have that luxury. But I understand, Trump supporters are going to trash the opposition. Which is fine.