Another debate and Justin Trudeau liberal slip down hard in the polls, but the Conservatives are only winning by the fact they are second biggest party their also doing very bad in the debates and polls.

The NDP is killing it on the debate stage and slowly gaining traction in polls, still not enough to win minority or majority but likely going to add seat to their caucus. 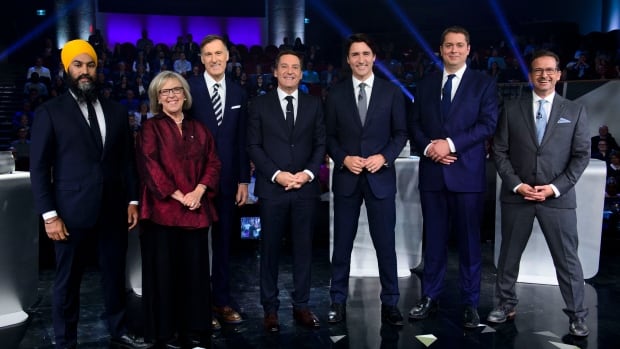 In the last debate of the federal election Liberal Leader Justin Trudeau kicked off his pitch to Canadians by saying Bloc Quebecois Leader Yves-Francois Blanchet would never be able to implement a climate plan because he does not lead a national...

Nobody cares about ice politics.

Which one of those parties has a platform for sending Canadians to Syria?

all of them Canadian have been in Syria for years now they serve along with U.S units.

I think Trudeau will win.

Another claim by a poster that think they speak for everyone.Whilst you may not have any interest; four claim that no-one is interested is false.

Thankfully for him the last debate is French and no one will watch it outside Quebec, so far everytime he open his mouth his poll numbers drop.

Another claim by a poster that think they speak for everyone.Whilst you may not have any interest; four claim that no-one is interested is false.

As we can see from all the interest.

Your candidates suck as bad as ours plus…you’re stuck w/Trudeau, eh?