Mike Pence: The president usurping power and end-running Congress is "a profound mistake." 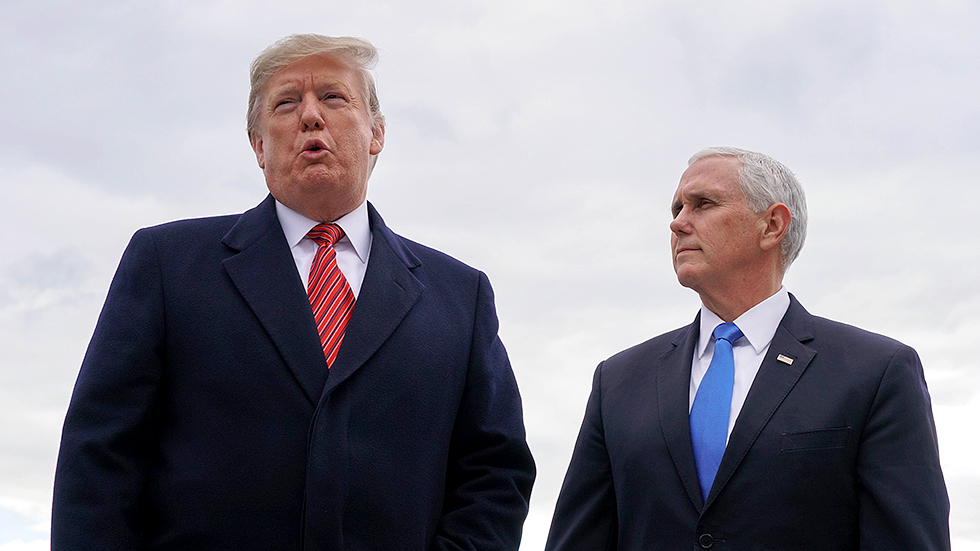 “I think it would be a profound mistake for the president of the United States to overturn American immigration law with the stroke of a pen,” Pence, then governor of Indiana, said in the clip.

“Issues of this magnitude should always be resolved with the consent of the governed,” Pence said. “Signing an executive order, giving a speech, barnstorming around the country defending that executive order is not leadership.”

“I would implore the president to reconsider this path and to demonstrate the kind of leadership that the American people long to see. And that this administration would sit down with this newly minted Republican Congress and find genuine common ground on border security,” Pence continued. “There’s a series of piece-by-piece reforms that I believe that could be advanced in this Congress that would be in the long-term interest of the American people on this issue.”

Man, that’s harsh isn’t it? Trump’s own Vice President trashing a move that Trump just made himself.

Do you think the Executive Branch does any research (regarding things they’ve said and done previously) before they plow ahead with what they want to do today? Or do you think they simply don’t have to worry about it?

He’s just “evolved” on this issue…

(see what I did there? Religious fanatic…evolved… hahahaha)

It’s double-secret usurping if done by a black democrat.

Oh hell yes. Triple if it would be a black Democratic female.

Even imaginary people are victims in liberal land.

If only you didn’t take things so literally.

I literally saw someone make PRESIDENT obama into a victim over two years after heleft office. In this thread.

Some people are black. They don’t need special rules and protections from idiot liberals.

Well then maybe you should take them seriously but not literally.

I can’t take seriously anyone who claims obama was a victim of anything but his own stupidity.

I can’t take seriously anyone who claims obama was a victim of anything but his own stupidity.

So what do you think about Pence’s statement? Keep in mind- ‘usurp’ was a word they used exclusively on President Obama.

It seems that having standards for some Republicans is a thing if the past.

The president decides that fulfilling a campaign promise is more important than respecting the separation of powers.

So there’s that lie exposed and laid bare.

I have a feeling the point of the OP will be avoided for as long as possible.

I’ll give you three guesses which president that poster was referring to.

And how does that make him a victim or say he’s needs special treatment?

And how does that make him a victim or say he’s needs special treatment?

Maybe the point is not to talk about what Pence said.

Ah yes, the old change the subject routine. I think I notice it more when I’m just observing?