If some states open for business while others remain closed with remote dates for their restarts, will voters move states. Which demo graphics are lonely to move to closed states, and which are more likely to flee locked-down states? How might these carrots of safety and livelihood which appeal to different mindsets, alter voting outcomes in November?

Doubtful, this isn’t like the depression era due to how the Administration quickly moved to support the economy and make sure workers were protected with the Paycheck Protection act and the rest of the Package.

Basically small businesses get a grant that covers their payrolls for up to six months. Of course, Pelosi and Schumer are screwing America on adding more to the program which has already run through the initial funding wanting to load up another bill with partisan pork and pet projects.

Large businesses have also gotten protection for doing the same with their employees and that program still has more than adequate funding.

Less than 1/3 of the economy has been “shut down” so with what has been done there’s really no reason for any mass movements of workers.

Why wasn’t there sufficient funding included in the initial legislation? 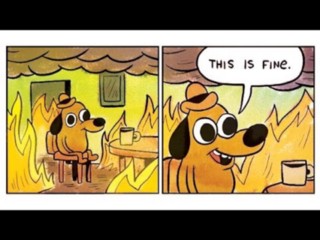 Why wasn’t there sufficient funding included in the initial legislation?

How long before the second instalment?

How long before the second instalment?

That depends on whether Trump allows Pelosi and Schmidt to pad it with social engineering projects, or plays hardball and refuses to sign it with the padding.

It can’t be that much of an imperative then.

It can’t be that much of an imperative then.

So, you agree with negotiating with terrorists and or hostage takers.?

Because nobody knows how much will be needed in total and getting anything through congress with Pelosi in charge of the house is an uphill battle.

That is why from the start it was planned to be done in at least 3-4 phases.

Which phase will include funding for the USPS?

McConnell had a chance to include the Senate Democrats in the initial stages of the drafting of one of the bills providing financial support and in a fit of pique refused to do so and delayed the passage of that legislation as a consequence.

Pure nonsense and not correct.