So I assume she feels, as ostensibly most/all liberals do, that most/all cops and whites want to harm people who are black?

“Obama told “CBS This Morning” that many Black people “still live in fear” while doing ordinary activities, such as grocery shopping, walking a dog, and driving.” 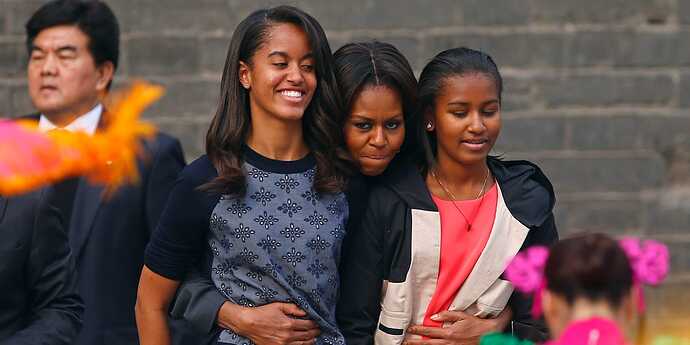 Michelle Obama says many Black people 'live in fear' and admits she worries...

"The innocent act of getting a license puts fear in our hearts," the former first lady told CBS News. "We have to talk about it more."

Here’s the thing about the modern lib, out of one side of their mouth they talk about the need for racial diversity and how that’s such a good thing, but then out of the other side of their mouth all they talk about is racism (is not virtually everything in the cancel culture about race). I have an experiment for Michelle and any of you other libs. Why don’t you go for a walk in a predominantly white neighborhood, and then go for a walk in the worst parts of any of the many wonderful liberal inner cities, where its predominantly black. See how that works out?

Interesting she brings up being killed while walking a dog, wonder if she meant this:

A graduate of Temple University was shot and killed while walking his dog near his home in Philadelphia’s Brewerytown neighborhood Wednesday night.

Although the guy was white and the perpetrators were black. Furthermore, from my research on this a white person statistically speaking has more reason to fear a black person than vice versa: White-on-black killings spiked by 22.5 percent between 2014 and 2015 after years of mostly trending downward.

“Overall, more than twice as many black-on-white homicides occurred compared with white-on-black homicides.” The media have relentlessly fanned the flames of racial hatred, while engaging in a systematic pattern of misinformation and blatant suppression of facts surrounding the perpetrators and victims of crime. As a result, so-called “criminal justice...

“Finally, black-on-white crime is substantially greater than the reverse. The table below shows murders by race of offender and victim in 2013. Note that overall, blacks kill as often as whites, although blacks represent only 13 percent of the population. Note also that black-on-white murder is more than double the rate of white-on-black murder (409 to 189). Similar results were found for 2012, 2011, 2010 and prior years.”

Is this dialogue really helpful. The reality with lib elites is that when they talk about dialogue all they really mean is for those who don’t drink their cool-aid is to sit quietly with your hands folded and be lectured to, because there’s nothing like a good lecture to cure all our ills.

The whole current narrative is completely backwards. When you look at actual facts.

52.6% of all murders are committed by only 6% of the population…just meditate on that truth

It’s less than that. Take out immigrants.

Why is Michelle Obama still considered relevant? Don’t know about you guys’ neighborhoods, but in mine, when someone even mentions her, much less praises her & gets mad should you disagree, that individual is white.

Michelle, since she thinks black peoples in America live in fear for their lives, should try listening to Savannah: Savannah Edwards is further proof that no matter how black Americans vote, they tend to think very differently than Alyssa Milano & Michelle Obama.

Michelle Obama doesn’t “live in fear” of anything. She’s worth millions, enjoys fawning media coverage, and has 24/7 Secret Service protection that uses the very weapons she’d deny the rest of American citizens.

She didn’t say should. Kind of important

Yeah the thread title is lent accurate, nowhere does she say “should”. Acknowledging the reality of life for minorities in the US gives some the vapors.

They’re all words anyways why shouldn’t they be changed?

They’re all words anyways why shouldn’t they be changed?

Oh cool. Is your up, triangle too?

No such thing as state sponsored violence here but if there were it wouldn’t be more painful than criminal violence.

Michelle seems to be even more of an agitator than hubby.

No such thing as state sponsored violence here but if there were it wouldn’t be more painful than criminal violence.

I am sure that you believe that to be true.

If people have time to feel oppressed by inanimate objects then they aren’t oppressed one jot.

The same is applied to all…equally… Are you suggesting to Hannity Land that black men are being falsely accused of murder and arrested in a systemic racist way by the FBI?

That statistic says a lot about the state of the culture in the Democrat led inner cities and it’s a serious problem for us all as a nation.

It’s actually a much smaller percentage than that, for gangs dominate violent crime statistics.

If every last gang banger, of any race, mysteriously slipped in the shower or fell out of upper story windows (etc) one day the violent crime rate would plummet across the land, all demographics, and while residual effects from the gang culture may still see some having higher crime rates those would eventually subside provided any new gangs understood what the law couldn’t prove, all the locals obviously having alibis and not having seen or heard anything.