Manafort claimed to be placing people in Trump administration: filing

Turns out ol Manny was a little bit more involved in the Trump campaign then previously thought.

Mother will not be pleased… 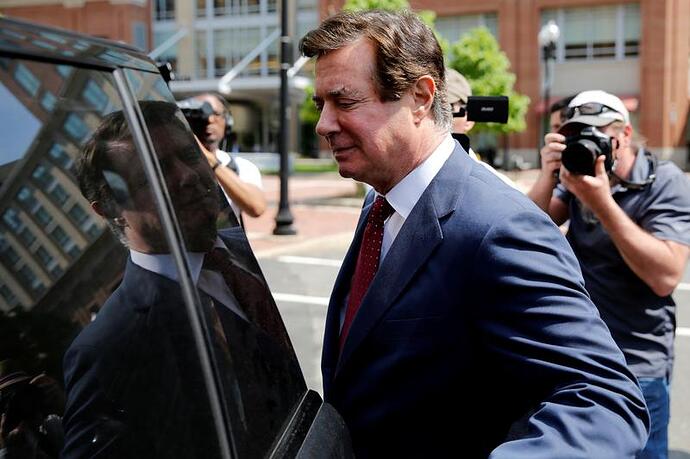 Manafort claimed to be placing people in Trump administration: filing

Paul Manafort, the convicted former chairman of Donald Trump's presidential campaign, told a business associate in January 2017 he was using middlemen to get people appointed to the Trump administration, according to a court filing on Tuesday.

There was an intermediate in all of this and my suspicion is that this has Pence’s name written all over it.