Make no mistake -- it is an invasion

And if it reaches the United State border should be met with a sufficient force needed to repeal the invasion.

“One way or another, we will pass,” they changed, clambering atop to U.S.-donated military jeeps parked at the scene as Guatemalan police looked on.

Young men began tugging on the fencing and finally succeeded in tearing it down, and men, women and children rushed through and toward the border bridge just up the road.

And that’s on Mexican boarder with Guatemala.

“We are going to the United States!” he shouted euphorically. “Nobody is going to stop us!”

This is why we need the US military to greet them at the border. They want to be an invading force that “no one is going to stop”, then they need to be met with enough force to stop them. 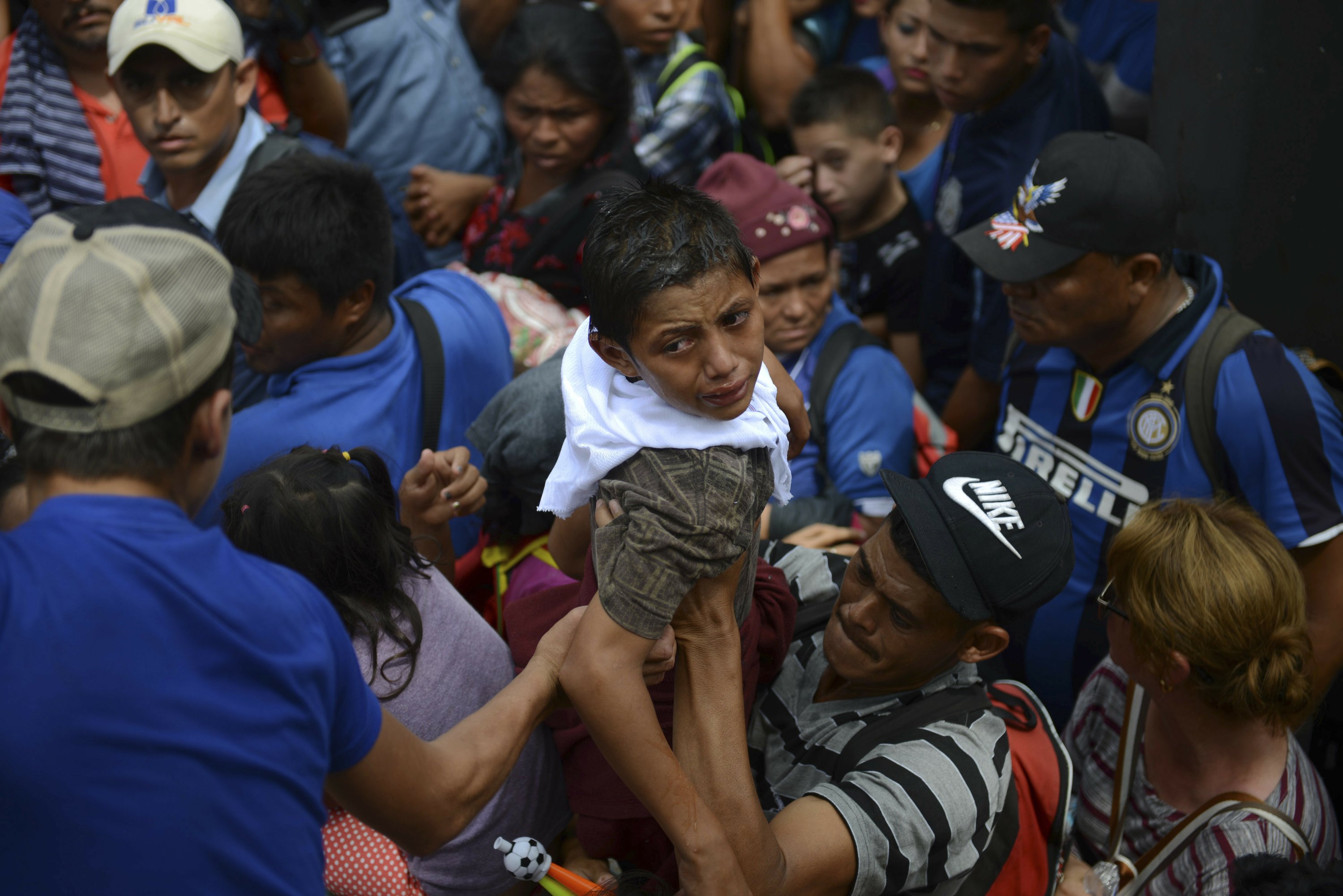 TECUN UMAN, Guatemala (AP) — Migrants traveling in a mass caravan burst through a Guatemalan border fence and streamed by the thousands toward Mexican territory on Friday, defying Mexican authorities' entreaties for an orderly crossing and U.S....

I don’t advocate shutting down the entire border – but the area this invasion force reaches, should be shut down, and only those with valid US passport allowed through. Any others turned away no matter what.

OP Title is hilarious. Thanks for the laugh. I love irony.

How is it not an invastion

No one will stop us
tearing down fences

That is an invasion my frind. Right now the invasion is in mexico, and mexican authorities are trying to stop the invasion at their border. If they don’t, then we need to stop it at our border.

Read your title again. Maybe it will sink in.

How is it not an invastion

It’s not an invasion.

It’s a “caravan”! With magi and minstrels and camels and carnivals!

I think they understand they may be met with force. That’s how bad it is there.

I break down your door at your home, would that not be called an invasion?

What do you call tearing down things in their way, and saying nothing will stop us?

Whatever happened to “give me your tired, your poor, your hungry”?

OP, are you Native American?

Sweet! The last invasion we had brought the Beatles!

It’s a democrat voting circus caravan, what’s not to love.

If it’s an invasion, then just mow them down at the border. Simple, effective, great deterrent value, plays well with the trumpists.