Lol - Welcome to the land of the free!

Did the teacher or anyone else dispute that this was all started with him refusing to stand for the pledge?

Yes or no will do.

Your own story says he wasn’t arrested for refusing to stand for the Pledge.

Your own story stated it all started not just by him refusing to stand for the Pledge, but declaring to the teacher that the Pledge was racist and offensive to black people.

Now the teacher didn’t do the greatest job in de-escalating the situation, at least based on the superficial evidence from the story.

But let’s not get nuts here. This is more than just refusing to stand for the Pledge.

Reading comprehension is becoming such a lost art. I clearly said it started with him refusing to stand for the pledge.

Any dialogue with the teacher would have resulted after that. And to be clear, are you saying that it is okay to arrest him just for saying that he somehow believed the flag was racists and the National Anthem was offensive to black people?

And is this the first time in that class they were every asked to stand for the pledge? Why hadn’t this horrible and offensive kid ever gone off like this before this substitute teacher arrived on the scene?

What do you think it was about this particular day that was different than any other. Any possibility it might be the substitute teacher with the problem and not this kid? Any possibility she might be embelishing along with the school some to cover for their ridiculous handling of the situation and not just respecting the students rights?

No, of course not. Wonder what your tune would be if this was your kid being abused for something that all started with him simply exercising his lawful right not to do something.

No he was arrested for causing a disturbance.

And I read just fine, thank you very much.

Nowhere does it say when the boy made his comment about the Pledge at the same time he refused to stand.

Try that last sentence again please, it doesn’t make any sense the way you wrote it.

And you clearly didn’t understand my post, because your whole rant about it being more than not standing for the pledge would be unnecessary if you did.

Are you trying to deny that it all STARTED with him simply refusing to stand for the pledge?

Yes or No will do.

You read it again.

You read it again.

lol - No it doesn’t. You had to have messed up a word or two there and just can’t see it.

This happens a lot, or at least the first part of a school official taking issue with a student’s rights.

Kids don’t have to stand for the pledge.

Fox News' latest B.S Cause: Forcing kids to say to the Pledge of Allegiance Politics

On Friday, Fox and Friends aired an unintentionally hilarious and bizarre segment about the the Pledge of Allegiance. In the segment, the host and book author, proclaimed that liberals/progressives want to take away the Pledge of Allegiance and want to present America as an evil place. No example of this was presented. It’s no where in the Democratic platform, and I see no lawmaker going after our sacred Pledge of Allegiance. The only thing I found was a student getting suspended for not doing…

Funny! I hadn’t seen that thread. You can always count on good ole Fox and Friends for garbage like that. 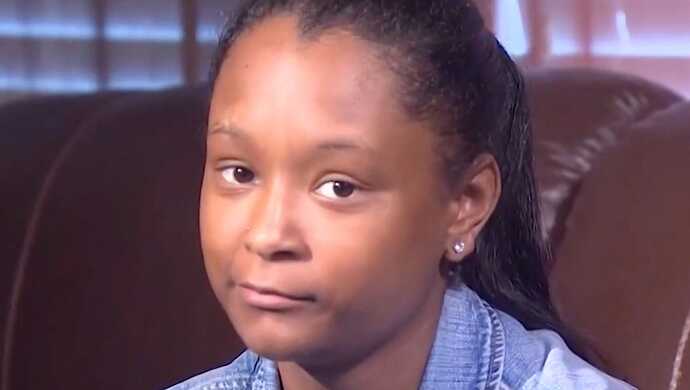 Student who refuses to stand for the Pledge of Allegiance expelled, Texas...

After a student was expelled for refusing to stand for her school's Pledge of Allegiance, the Texas Attorney General is intervening.

India, now 18, was sent home last year after sitting during the pledge. Her mother, Kizzy Landry, said when she came to pick up India, the school provided little details as to why her daughter was kicked out. Later, the principal told the mother"She can’t come to my school if she won’t stand for the pledge."

According to Texas law, students must recite the pledge unless they have a parent or guardian’s permission to opt out.

LMAO. Pack your bags and head for Venezuela, you ungrateful prepubescent !

Exactly! And yet this is who many on here are deciding to side with. Kind of makes you scratch your head.

Refusing to leave when ordered was arrestable. Causing a public disturbance was “arrestable”.

He got what he deserved.

He deserves detention or Saturday school.

I’m willing to let those who were there and dealing with the case make the call on what’s appropriate.

I’m sure the officers were terrified for their lives.

Eleven year olds have a history of following through threats.

No he didn’t. But neither did the substitute teacher. At least not yet.

The substitute will no longer be allowed to work in that district. I’m sure it won’t be long until they get rid of her completely. 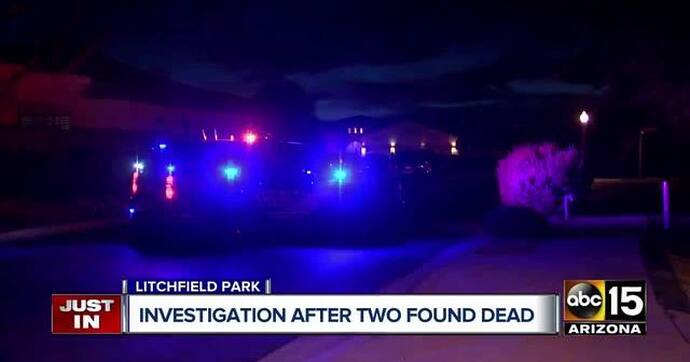 Boy kills grandma then self in Litchfield Park

An 11-year-old boy shot and killed his grandmother then turned the gun on himself in Litchfield Park on Saturday evening, according to the Maricopa County Sheriff's Office.

So by that logic asking a kid questions in class warrants a twenty minute tantrum disturbing the class, followed by refusing to leave so that the rest can resume with the regularly scheduled activities.

If we allow kids to takeover classrooms in such a manner how much schooling do you think will be taking place in our public schools?

Such a reaction no matter what the reason barring an unlawful act by the teacher warrants expulsion.

The DA has already said they’re not going to press any charges. This was a humbling, nothing more.

Authority shall not be questioned!