Landmines, on one hand brave women risking life and limb to eradicate the scourge, on the other hand the United States regressing on previous commitments against their use Meet the female squad who clear out Vietnam’s unexploded bombs

We are approaching the 45th anniversary of the Fall of Saigon and the end of the Vietnam War as well as the general end of the wars in Indochina.

But most of a half century later, brave young women are busy scouring the Vietnamese countryside acre by acre, field by field, searching for landmines and various sorts of un-exploded ordinance. When they find ordinance, much of it they must dispose of it themselves. They have equipment with which they can safely detonate smaller munitions. Special teams and equipment must be summoned for larger munitions such as large bombs.

It is estimated that fully 10% of the ordinance dropped by the United States Air Force and United States Navy aircraft failed to explode on impact. 80 million tons of munitions were dropped, meaning that at least 8 million tons of live munitions are spread over Vietnam. And on top of that, there are the many landmines that were laid.

Quang Tri province should be clear of UXO and landmines by 2025. But it will be much longer for the whole of Vietnam, perhaps another 50 years.

But every field and every acre that is cleared is land that can be brought into use for agriculture or opened to other civil use, without fear of injury or dismemberment.

Similar teams are at work in Cambodia, Laos, Thailand, Pakistan, Afghanistan and numerous places in Africa and elsewhere where landmines were used in the past. Questions and Answers on the New US Landmine Policy

On January 31, 2020, the administration of President Donald Trump announced the reversal of US prohibitions on landmine production and use.

On January 31, 2020, the Trump administration released a policy which steps back from previous United States policy that would have eventually brought us into compliance with the international norm of prohibiting the production and use of landmines for any purpose. The United States will stop the destruction of its current stock of landmines and could potentially resume production. We may also maintain current stocks by replacing batteries as they expire.

Now the landmines that we would potentially use would be of a non-persistent variety. That means that 30 days after being laid, they should either automatically self destruct or deactivate. However, these systems are far from fool proof and the landmines still retain large degree of danger, even after they supposedly deactivate. And as mentioned, landmines can be taken by the enemy and made into improvised explosive device.

I personally condemn this policy. We should resume the destruction of our current stocks of landmines and commit to no use of landmines. We should sign and ratify the Landmine Treaty (Ottawa Treaty). By doing so, we would honor those brave women who are risking life and limb to rid the world of landmines.

@Safiel doesn’t this speak to a wider agenda where there is a trend to reduce the amount of USA foreign aid expenditure? In my view that is counterproductive and makes the USA less safe, less secure.

@Safiel doesn’t this speak to a wider agenda where there is a trend to reduce the amount of USA foreign aid expenditure? In my view that is counterproductive and makes the USA less safe, less secure.

Fortunately, there has not been a reduction of United States foreign aid for purposes of de-mining. In fact, some of the women featured did some of their de-mining training in the United States. We should step up these efforts.

(Washington, D.C.) - Human Rights Watch and the Vietnam Veterans of America Foundation today challenged President Clinton's reluctance to join more than 100 other nations in signing a landmine ban treaty in December because of his stated belief that...

They work, we know it, that’s not even arguable.

I doubt that’s his argument…

They work, we know it, that’s not even arguable.

It certainly IS arguable at the very least.

You may choose to believe what you believe, but it is quite arguable.

Thanks for your reply and I tried to make my post as concise as I could to ensure that your topic is not derailed as I think, like you, that it is a very important issue in our contemporary world because s you pointed out removing mines opens up more land for agriculture etc.

No it really isn’t, it’s an observed fact that they work to protect key installations, to block attack and escape routes and to channelize enemy movements delaying and concentrating them for destruction.

Got any opinions from the people who find and dispose of them in person?

Didn’t expect to wake up this morning and scroll through a “pro-land mines” thread. But here we are.

It’s not a “pro-land mine thread”. I am against them, but they do work.

Huge claymore fan by the way…

Ask your doctor if Boomba is right for you. 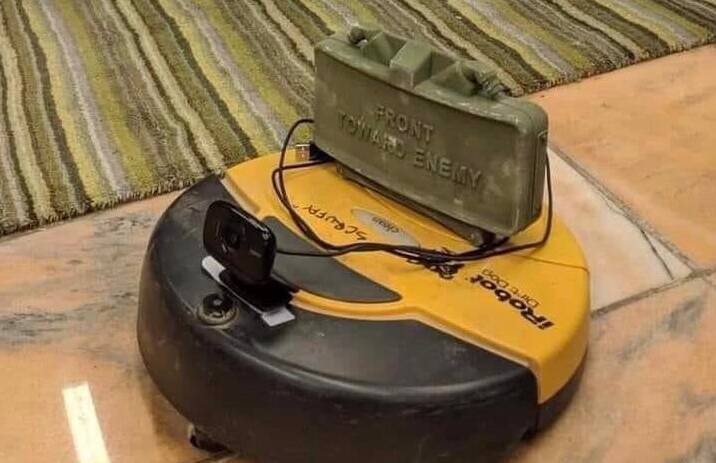 It’s not a “pro-land mine thread”. I am against them, but they do work.

It’s okay, that’s less than will die of the flu.

Unlike the flu, those who survive landmines will probably have lost at least one if not both legs, an arm or two, maybe their eyesight…

Briefing: Hundreds of landmine deaths and injuries each year despite ban

It has been more than five years since most of the world committed to be mine-free by 2025. Many countries won’t meet that deadline.

A record number of children were reported killed or hurt by landmines and other explosives last year, with a handful of conflicts contributing to a "horrific" toll for the second year running, experts said on Thursday.

I already said I was against them. What do you want?