North Korean leader Kim Jong Un broke his silence this week for the first since his historic Singapore Summit with President Trump last month; hailing his new relationship with the United States and saying he has the utmost “confidence” the two nations can work together.

A very nice note from Chairman Kim of North Korea. Great progress being made! https://t.co/6NI6AqL0xt 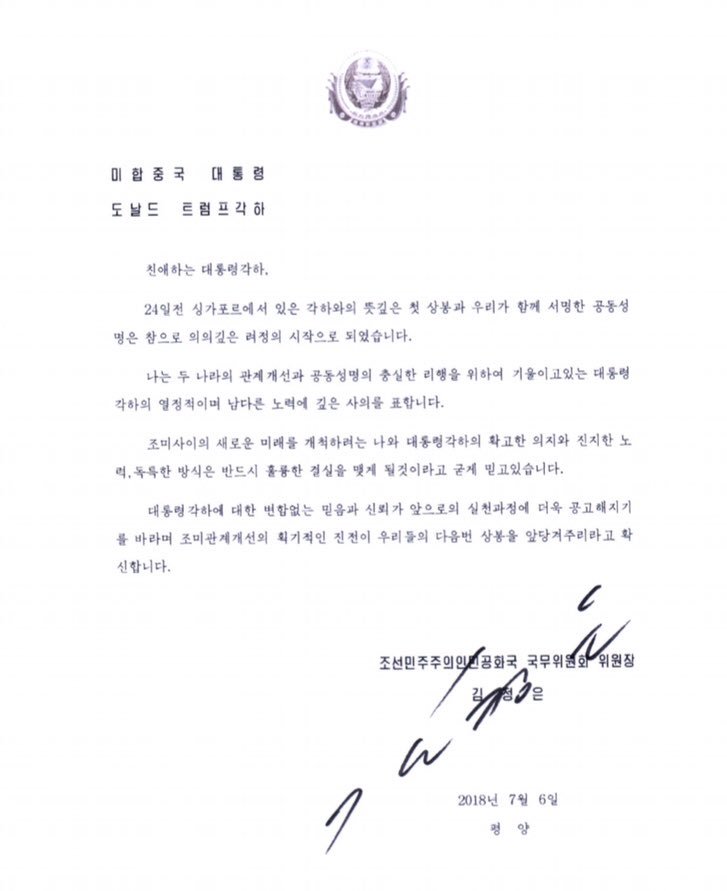 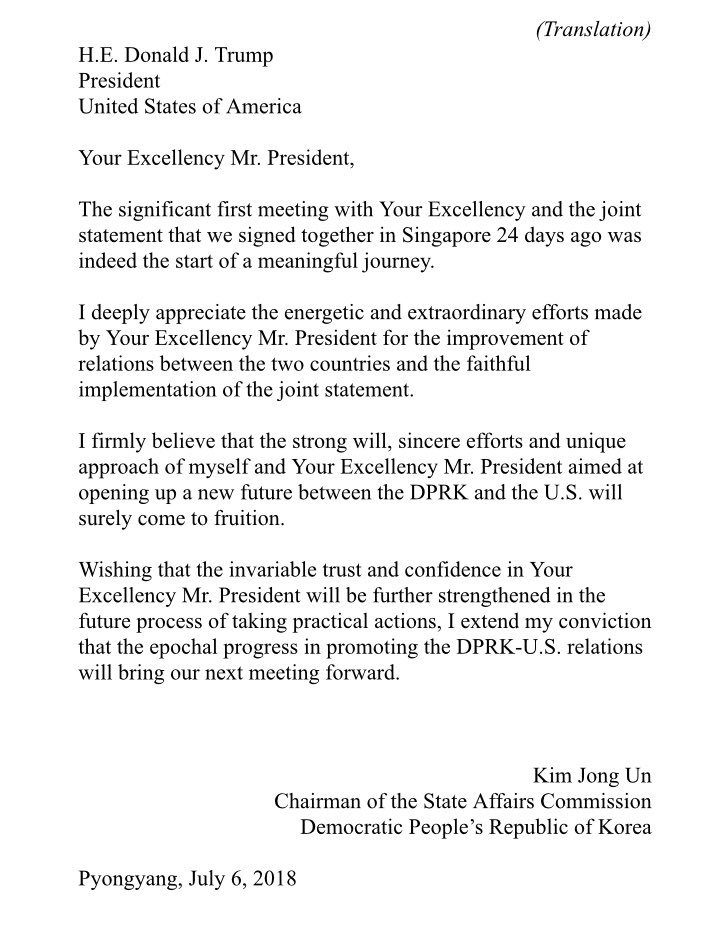