London Mayor Sadiq Khan found himself in hot water with local voters Thursday, with new data showing his approval rating plunging after a recent spike in knife violence and murders throughout the UK capital.

A new survey published by YouGov and Queen Mary University of London show Khan’s approval plummeting from +22 points in April to just +4 in September. 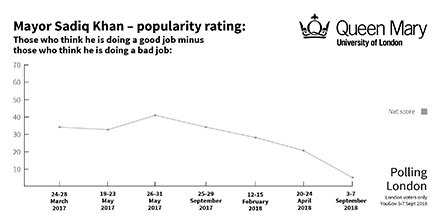 “In April 2018, Sadiq Khan was still ahead among those aged 50-64, working class Londoners, those living in outer London and white voters. He’s now behind among all of these groups,” said a professor of politics at Queen Mary University.

“When we first started polling, he was one of the most popular politicians in Britain. Such was his cross-party support, he even had net positive support from Conservative voters. Those days are long gone,” he added.

This is pretty shoddy stuff. The London Mayor, whoever is in power, only has the capacity to set a small portion of the capital’s police budget, which nationwide has been dramatically slashed over the past 8 years. Since 2011 the London Met has lost 40% of its annual grant from central government. These overall cuts affect London more than anywhere else because of the density of population. There Is nearly 1 less Bobby on the beat in 2018 per 1000 Londoners (from 4.1 to 3.3) than there was in 2010, thats a 20% drop (or 7,200 fewer policemen), which makes a big difference in a city of 9million. This is despite Sadiq raising city hall’s contribution to 23% of the London Met budget - essentially to offset these cuts, but he’s plugging a slowly sinking ship. Boris Johnson introduced a policy earmarking the closure of 65 stations in London (then campaigned against his own policy in his own constituent, coz he’s a special kind of tit), Theresa May as Home Secretary presided over cutting 20,000 fewer police officers (yet likes to go on about law and order). None of this is news, the voices of warning have been sounding for years. This is what is driving more crime in London, criminals knowing the police are wafer thin, not Sadiq khan’s limited decision making power. Our actual police are in uproar, not at the mayor but the government - who in this instance get to take a back seat while khan gets it in the neck from the “public” and the right wing press. I say this not to defend khan, nor to support Labour, but because we need to look at the historical record of what leads up to something to fully understand it, rather than seeking validation through a pointless and misleading opinion poll. That the public don’t fully grasp this picture is unsurprising, that journalists and politicians stoke this ignorance for cheap rage and point scoring is equally unsurprising and really all part of the game. Bottom line, It’s highly ironic that the conservatives stand as the party of law and order, yet systematically under-fund law and order. It’s a sad charade really, and ultimately no one wins… 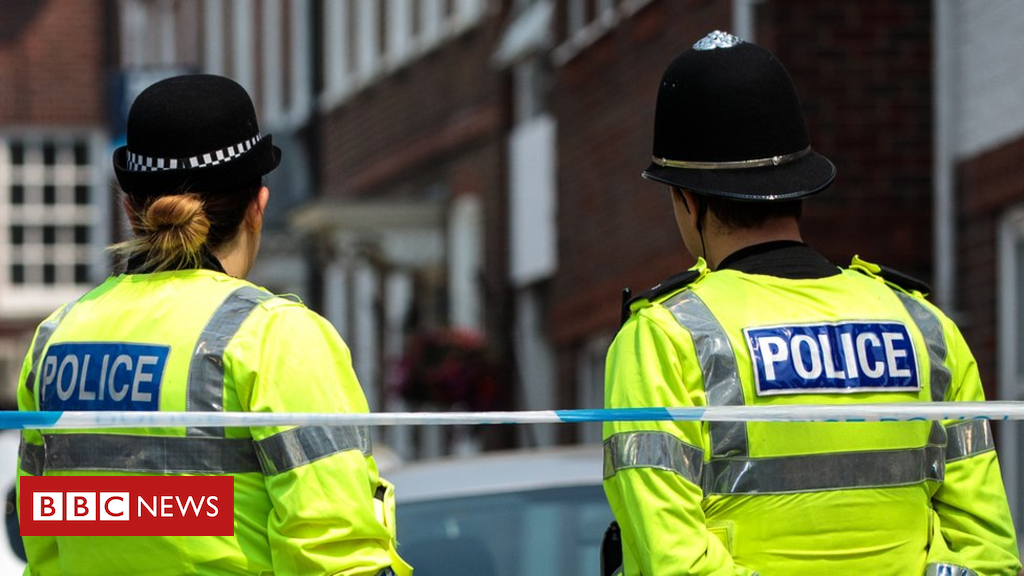 The approach to police funding is "ineffective", the UK's public spending watchdog says.

And:
“there’s anecdotal evidence from police that young people are now more inclined to carry knives because of growing confidence they won’t be stopped” 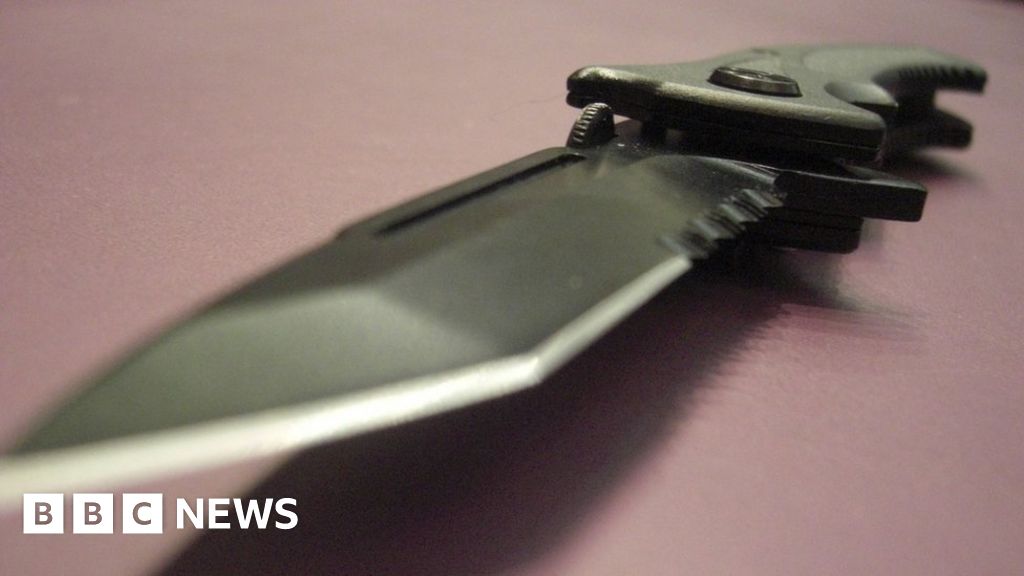 What's going on with knife crime?

Knife offences remain a major subject of public interest. But what are the facts?