Bad karma. Myself, it would be an honor to fight for my country in athletic competition.

One of the main tenets of judo is courage.

May be time for a refresher course for these athletes. Sudanese Olympic officials did not provide a reason for Mohamed Abdalrasool dropping out of the event.

Here another story about redemption in judo.

So he fled the country and now represents Mongolia.

He won silver and dedicated it to Israel. 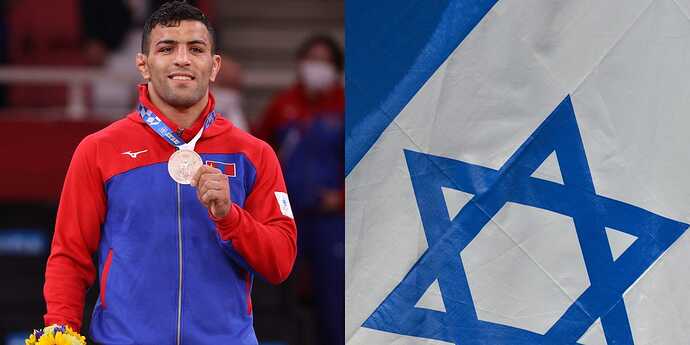 An Iranian athlete left his country after being told to lose on purpose, won...

Saeid Mollaei is from Iran but is representing Mongolia at the Tokyo Olympics. After winning silver in judo, he dedicated his medal to Israel.

Mixed feelings about this one.

It appears the Algerian competitor withdrew from competition against his Israeli opponent, citing support for Palestine. It’s a peaceful protest. He didn’t disrupt the games, or ask for another opponent to suit him.

Might have been an opportunity to rise up as the underdog & vanquish over his opponent, or leave politics behind & simply compete as an athlete.

A Sudanese competitor has also bowed out of competing against, IIRC, the same competitor. Not sure how Khartoum will take it, though, if he’ll face reprisals at home or not as Khartoum has normalized relations with Israel.