Jobs growth soars in November as payrolls surge by 266,000

Even with all the crap going on in congress:

Economists surveyed by Dow Jones had been looking for solid job growth of 187,000 and saw the unemployment rate holding steady from October’s 3.6%

Well above predictions at 266k vs prediction of 187k

Unemployment rate was expected to hold stead, but droped a tenth of a percent.

“This is a blowout number and the U.S. economy continues to be all about the jobs,” Tony Bedikian, head of global markets for Citizens Bank said in a note. “The unemployment rate is at a 50-year low and wages are increasing. Business owners may be getting more cautious due to trade and political uncertainty and growth may be slow, but consumers keep spending and the punch bowl still seems full.” Jobs growth soars in November as payrolls surge by 266,000

Those totals easily beat the Wall Street consensus. Economists surveyed by Dow Jones had been looking for job growth of 187,000.

Substantially increased over expectations, another good month for the country.

In the middle of impeachment, middle of trade war no less.

The economic miracle that libs been dreaming about isn’t happening.

And a perfect example of why the impeachment train had to roll out at full speed despite the facts.

I see on FOX quoting what Rush said.

Trump has achieved peace and prosperity…what has democrats done except for hatred?

You know judging from outright panic that I’m seeing from the left…there internal polling must be really bad.

you know it hurt someone at CNN to write this headline . . 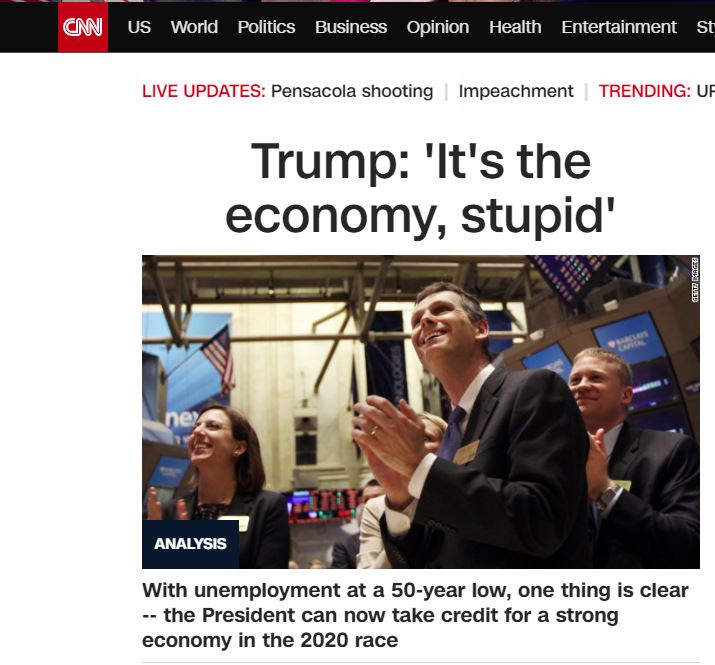 Just wait, it won’t be long before someone tries to convince us this is to Obama’s credit. 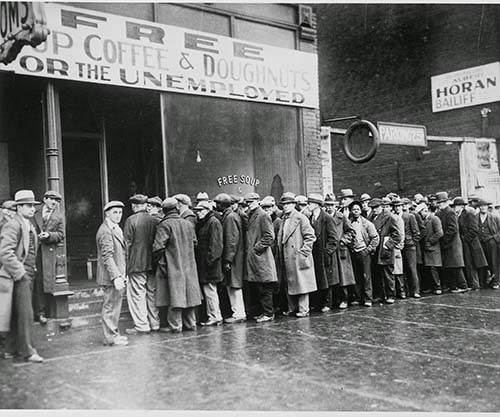 Al Capone's intentions were an effort to clean up his image. "120 000 meals are served by Capone Free Soup Kitchen" wrote the Chicago Tribune.

But didnt change the fact he was still just a gangster…

Excellent report, excellent news! Slow and steady. Just how i like it.

I’m glad the economy is continuing in the direction it has been going in for the last decade.

But one thing doesn’t excuse, nor does it have anything do with the other.

He didn’t need to extort Ukraine of military funds for an announcement of an investigation into the Bidens if things are going so well for him, don’tyathink?

That’s where I was going with the Capone comparison. One good result, doesnt negate all negatives aspects of him.

Go start your own thread…or revive one of hundreds that are already here.

Go start your own thread…or revive one of hundreds that are already here.

You brought up impeachment first, genius.

This marks 110 consecutive months of jobs growth. Amazing! I hope it continues.

The end of the GM strike had a big effect, boosting employment in motor vehicles and parts by 41,300, part of an overall 54,000 gain in manufacturing.

The jobs growth was the best since January’s 312,000 and well clear of the November 2018 total of 196,000. While hopes already were up, much of that was based on the return of General Motors workers following a lengthy strike. That dynamic indeed boosted employment in motor vehicles and parts by 41,300, part of an overall 54,000 gain in manufacturing. The vehicles and parts sector had fallen by 42,800 in October.

So the biggest factor seems to be that the GM strike ended.

Average hourly earnings rose by 3.1% from a year ago, slightly above the 3% expected by economists polled by Dow Jones.

Earnings “surged” by a 10th of a percent more than was predicted.

And remember, we just had another rate cut (the third this year), which we were previously told props up economies.

It’s great, however, that we’re continuing the trends that started nearly a decade ago! Keep America Great!

Even with all the crap going on in congress:

Goes to show that politicians get too much credit and blame for the economy.