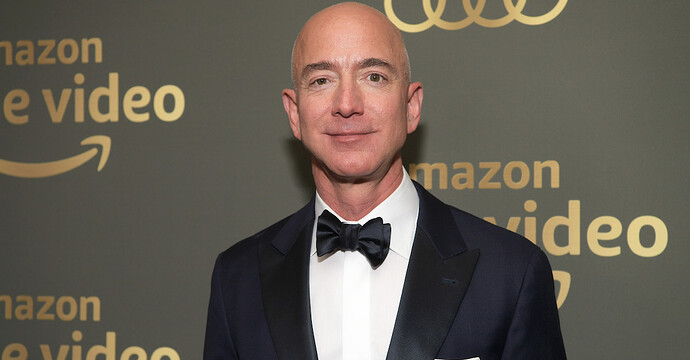 Amazon's Jeff Bezos took to Medium on Thursday to describe an "extortion" and "blackmail" threat sent his way by American Media Inc. (AMI), the parent company of the National Enquirer.

No thank you, Mr. Pecker

Something unusual happened to me yesterday. Actually, for me it wasn’t just unusual — it was a first. I was made an offer I couldn’t…

Welp. That’s one way to deal with blackmail threats, get out ahead of them.

After AMI admitted to doing Trumps bidding re: silencing his mistresses, it wouldn’t exactly be much of a surprise if Trump is involved in this one as well. Bezos is a favorite target of his after all.

Farrow is also jumping in, alleging blackmail from AMI regarding his reporting on their relationship with the President.

4 posts were merged into an existing topic: Breaking: Amazon’s Jeff Bezos charges National Enquirer with blackmailing him with nude photos